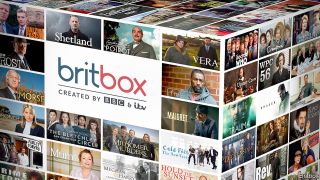 BT is reportedly considering a multi-million-pound investment in Britbox, the streaming service created by the BBC and ITV, slated for launch later this year.

The telecommunications company has held initial discussions with ITV about a Britbox involvement, which would mean investing to help fund exclusive content produced in the UK, according to the Telegraph.

Talks are only at a preliminary stage and the investment may not come through, according to the report, with disagreements over the valuation of the potential Netflix rival cited as a possible stumbling block.

BT boss Philip Jansen has outlined plans to make BT a “national champion”, and is hoping to turn around the company’s fortunes following a drop in share price of roughly 50 per cent in the last three years.

BT already has a BBC and ITV partnership with the Youview platform, which operates on BT TV, but a potential investment in Britbox would align with another of the company’s new strategies: to become a “super aggregator”; to offer customers access to several streaming options through its TV service.

Whether BT would commit to any investment until ITV and the BBC have agreed on the terms for their new streaming service is of course up for debate.

Conversation between the two broadcasters reportedly lost momentum, with ITV purportedly more committed to the venture than the Beeb, which is also currently planning major changes to its iPlayer service.

Could a Britbox BT, ITV and BBC triumvirate be on the cards? We’ll keep you up to date.

What is BritBox? The new BBC and ITV streaming service explained