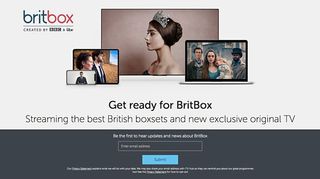 ITV and the BBC have now signed an agreement to launch BritBox in the UK in the fourth quarter of this year.

BritBox will feature ‘a broad range’ of exclusive original series aimed at showcasing ‘the depth and breadth of British creativity, on demand, ad free and all in one place’. The first new show is expected to be commissioned soon and will be available to BritBox viewers from 2020.

Naturally, both new and old shows broadcasted by the BBC and ITV, such as Love Island, The Office, Broadchurch and Gavin and Stacey, will also be present. BritBox will supposedly hold the largest collection of British boxsets ever.

With archived programming and new commissions in mind, the service will have thousands of hours of content from ITV, the BBC and other British broadcasters and production companies. Many of these shows will be exclusive to UK viewers through BritBox.

The existing BBC iPlayer and ITV Player catch-up services will sit alongside BritBox, but will continue to offer on-demand programmes for only 30 days after their original broadcast.

BritBox, which launched in the US and Canada in 2017 and 2018 respectively, is already “exceeding its targets”, according to ITV CEO Carolyn McCall.

“I am really excited about the new shows it will commission. With a remit to be daring and different, many future classics will be commissioned and live on BritBox for the future. These are exciting times for people who love quality TV. Importantly, these shows will be truly British, showcasing our culture and telling distinctive stories,” she said.

Virgin TV customers to get Sky 4K content in 2020

Apple is ready to pay for podcasts to challenge Spotify