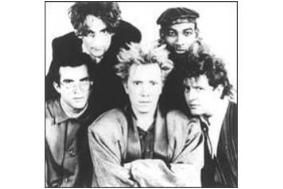 Not so happy were the events in Paris eight years ago today, when the crash of an Air France Concorde signalled the beginning of the end of supersonic passenger planes. And it's 43 years since Bob Dylan outraged the folk purists by walking on stage at the Newport Folk Festival complete with electric guitarist and bass player, and launching into Maggie's Farm.

Amidst catcalls of 'sellout' he completed three electric songs before leaving the stage, coming back later to perform two acoustic numbers.

In tribute, this week's all-electronic whathifi.com set has included:

- Exclusive reviews of JVC's £500 32in LCD bargain, Panasonic's 50in Freesat plasma and Denon's new £300 micro system
- Our latest How to video, showing you how to get the best from your TV
- News from the British Motor Show about audio systems from Isuzu/Pioneer, Lightning/Avid, Maybach/Bose and Bentley/Naim
- Acoustic Energy's new limted edition speakers, the latest range from KEF and an amazing £100,000 projector system from Meridian
- Plans for internet service providers to get tough on file-sharers, and why we think the whole thing is a fudge

There's also a new issue of the magazine on sale: click here to see what's on offer.

This week we have mainly been discussing the merits of The King, budget DVD choices, and the state of the British audio industry.