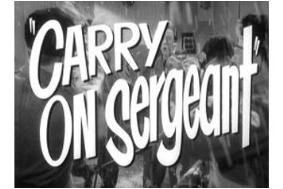 It wasn't meant as the first of a series, but rather took its title from the familiar officer's order 'Carry on, sergeant'. But over the intervening half a decade the series has taken us Camping, Up the Jungle, Up the Khyber and at our convenience, not to mention taking in historical figures such as Dick Turpin, Cleopatra, The Scarlet Pimpernel and – tragically – Columbus

It's also a century since the introduction of the state pension, which was five bob when launched, and if you're reading this in Canada, China, Greenland, Mongolia or Russia, we hope you enjoyed today's total solar eclipse.

Over in the Forums we now have almost 16,500 members, nearly 67,000 threads and over 105,000 posts. This week we have mainly been discussing big movies you don't want to see, James Bond and speaker cable lengths.

So why not join in and have your say? Or click here to subscribe to the magazine.