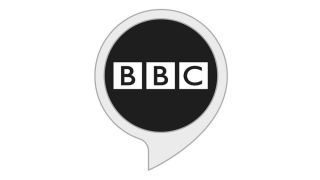 An early beta version of the BBC's voice assistant, Beeb, has been released for testing on Windows computers.

The voice assistant, which is built on Microsoft technology, can now be trialled by users of Microsoft's Windows Insider programme, so long as they have a Windows computer with the latest 10 operating system update that launched last month, as well as a BBC account for iPlayer and Sounds. They simply need install Beeb from the Windows Store.

The BBC's Alexa rival has been in development for several months, but according to the Corporation it is still early days for the voice assistant. The beta version can access BBC radio, music, podcasts, news and weather and respond to some BBC programme-related queries, although common tools found on other voice assistants, such as a timer, isn't yet included. More features will naturally follow.

Examples of commands available now, provided by the BBC, include "update me," for the news; "Play Radio 1," or any BBC show; and "tell me a fact," for QI trivia. The wake word that precedes such commands: "OK Beeb".

"Ultimately we envision that Beeb will be available across a wide range of devices, including smart speakers, mobiles, televisions and many others," a representative has stated.

The digital assistant's voice is based on a male voice actor with a northern England accent, and the BBC team have worked hard to ensure it can understand regional accents from around the country. The user will be accessed their accent when they first download and use the beta version.

The BBC has said it has no plans to launch a smart speaker or any other smart hardware; rather, it has designed the software to be built into the BBC website and potentially the iPlayer and Sounds apps on other hardware – to, according to Grace Boswood, the chief operating officer of the BBC’s design and engineering department, maintain a direct relationship with licence-fee payers. Beeb will be licensed to manufacturers who want to use it in their products, too.

10 of the best podcasts for music lovers