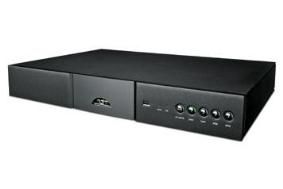 Best premium DAC, Awards 2010. Naim’s first DAC is a great one. It’s right up there with the best and is at the cutting edge at this price

The stand-alone digital-to-analogue converter, DAC to its friends, has enjoyed something of a revival over the last few years.

The rise of computer-based audio has breathed life into the DAC category again to the point where it's arguably the pivotal hub of any digital-based system, taking feeds from sources as varied as computers, disc transports and iPods.

It's against this backdrop that Naim Audio introduces its first ever stand-alone DAC. It's capable of handling stereo audio data right up to 32-bit resolution and a 768kHz sampling rate, which leaves the way open for far higher-quality source files than the 16-bit/44.1kHz CD replay can deliver.

You don't have to search hard to find higher resolution files, but the problem remains of finding the music you actually want to listen to. Given time we're sure the choice of high-res music will improve.

The DAC has plenty of inputs: two BNCs, two coaxials, four opticals and a pair of USB terminals (one front-mounted the other on the rear).

The USBs prove the most interesting thanks to the Naim's ability to accept the digital signal from an iPhone/iPod and control said device with the front panel buttons, a Naim remote handset (not supplied) or an Apple remote equivalent.

You can also feed in music via a memory stick. Needless to say, a DAC at this price level is likely to be wasted on anything but the highest-quality files. Unsurprisingly, uncompressed files prove best.

Once fed with a decent source – we used Naim's CDX2 and Cyrus's CD Xt SE+ as disc transports as well as various iPods, iPhones and memory sticks – the sonic results are deeply impressive.

The DAC's sound delivery is an apparently contradictory mixture of sonic simplicity and a high level of detail resolution.

It defines the structure of music with determination, choosing to prioritise stability and punch. Where rivals like the Bryston BDA-1 or Cyrus DAC X+ produce lots of space and layering, the Naim prefers to communicate the musical message first and foremost.

The Naim doesn't favour any particular type of music either. It's as happy pounding out the beats of Timbaland's Shock Value II as it is delivering the haunting Memories from The Moon OST.

In each case the timing is spot-on, with strong dynamics, particularly in the bass frequencies. A decently even tonal balance and good refinement completes the long list of plus points.

This DAC is upgradeable, as is usual with Naim's products.

You can power the DAC with the company's XPS (£2995) or 555PS (£5100) outboard power supplies. We tried the range-topping 555PS and the DAC's performance takes a massive step forward in all directions.

It really does turn into a truly stunning performer once suitably powered. The issue is that, at over £7000, it becomes a rather extravagant proposition too.

There's no denying that, even as standard, this DAC is pricey, but its performance is at the leading edge at this price level.