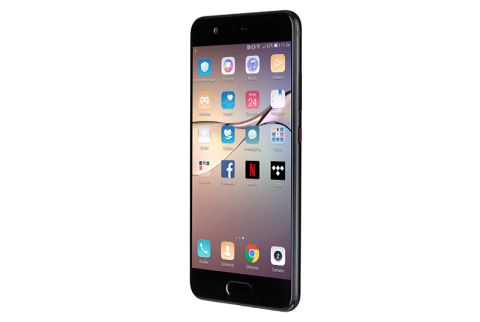 Huawei’s P10 shows promise, but it needs more at this level to really challenge the leaders

Huawei is not afraid to aim high. The Chinese manufacturer came to the western market in relative obscurity just a few years ago, and is now the world’s third biggest phone manufacturer. Within five years, it says, it wants to be the first.

That would involve knocking Apple from its throne and taking down Samsung in the process – but given its revenue was estimated to grow by 32 per cent in 2016 while the rest of the industry saw single digit increases, the manufacturer has every right to be confident.

The P10 is the company’s flagship handset, and so Huawei is pinning its hopes on it doing well in 2017. But has the P10 done enough to set itself apart from a line-up of strong competition? It’s certainly got a fight on its hands.

There’s no getting away from the fact the P10 looks rather like an iPhone, with its slender all-metal design, brushed aluminium finish and curved edges. Even the antenna strips have taken their cue from Apple’s most recent handset and moved to the top and bottom of the phone.

The corners are more rounded than last year’s P9 too, which we prefer, while the fingerprint scanner has been moved from its popular back placement to the front. There’s good reason for this - it now doubles up as an innovative touchpad to help with navigation.

Instead of on-screen buttons, which come switched on by default, the fingerprint scanner also helps you get around your device. It’s a similar idea to the navigation on the Moto G5, but with slightly different commands.

Here, a hard press will take you home (complete with haptic feedback), a single tap will go back one step and a swipe right will open your multitasking panel.

It’s hugely responsive and works well - we adapt quickly to it and find it just as quick to use as the on-screen keys.

The fingerprint scanner is just as good too, and is lightning-fast to open the screen from sleep – even faster than the iPhone 7, which requires a button press to register the prompt.

We like the size of the P10. It’s easy to use one-handed, and sits nicely in the hand too. It’s slightly rougher, sandblasted finish (compared with the slippery smoothness of the iPhone) works in its favour to give it a little more grip.

This is only available in two of the phone’s eight finishes – Dazzling Blue and Dazzling Gold – and is said to more comprehensively prevent against fingerprints and scratches while also offering a really striking colour.

Unfortunately, our review handset is the less-fancy standard finish in black (gold, rose gold and silver are also options, plus a partnership with Pantone for green hue “Greenery”).

The dual camera setup on the P10 is back once again in partnership with Leica. The two lenses include a 20MP monochrome sensor coupled with a 12MP colour equivalent. The idea is they work in unison, with the monochrome lens adding detail and contrast to your colour snaps.

There are also other benefits, including a new portrait mode that uses a bokeh depth of field effect, plus a hybrid zoom for up to 2x zoom with no loss of detail.

The portrait mode isn’t as accurate or convincing as the similar mode on the iPhone 7 but the zoom works well, getting you closer to your subject without sacrificing quality.

You can also take separate black and white snaps using the 20MP lens on its own, which produces detailed monochrome shots with great contrast for when you’re feeling artsy.

We still opt for the normal camera for the most part, and the results are good. In daylight, photos are crisp and detailed, with a punchy colour palette and fast autofocus.

HDR is a mode you select rather than being an automatic detection function, which means snaps without it can be caught out by overblown highlights. Remember to select it and photos look much more balanced.

The photo app makes modes easy to access, with a right swipe revealing them all. There are plenty to choose from, including 4K video, timelapse, slow-mo, panorama and light painting – activating a lower shutter speed to capture light movement in dark scenes.

Both the P10’s lenses offer a relatively narrow aperture at this level, at f/2.2. Optical image stabilisation helps to keep things sharp, but there is noticeable noise on pictures when the light begins to drop. It’s not the best all-rounder for this reason, and we’re disappointed that Huawei didn’t include the P10 Plus’ f/1.8 lenses here.

The front-facing camera offers a bit more in this respect, with an 8MP f/1.9 sensor, also produced by Leica. The snaps from it are sharp and detailed, proving more than enough for a video call or the odd selfie for Instagram.

Just stay clear from the beauty mode unless you want to look seriously over-smoothed.

The Huawei P10 takes things down a notch from last year’s P9, dropping from a 5.2in to 5.1in screen. This might be to squeeze in the phone’s new front-facing fingerprint scanner, but the difference is negligible.

Like the P9, it sticks with a Full HD 1080p display. While many of its Android competitors, its P10 Plus sibling included, offer QHD screens at this level, it’s not something we feel is always necessary if the screen performs well. However, the P10 doesn’t quite match up to the competition.

The screen goes bright but, unless you’re out in direct sunlight, you’re probably going to want to keep it notched down to get the best video performance.

Contrast isn’t one of its stronger points, but you’ll get more acceptable blacks by keeping the screen’s brightness a little lower.

This also helps with highlights, which tend to be a little overblown and lacking in detail, though they still suffer for out-and-out detail when compared with the iPhone 7 or OnePlus 3T.

The P10 handles outlines crisply, and at first glance its sharp edging gives a suggestion of good detail. However, look between these lines and you’ll find the fine detail is lacking, and the sharp edging can be overdone.

Facial features are clearly rendered, for example, but the finer detail in the skin is smoothed over. The same happens with clothing, where folds and creases are overlooked in favour of the main outline.

This lack of fine detail also means the pictures don’t offer as much depth and realism to them either. Colours on the P10 are just a touch overdone and lack subtlety, while skin-tones look off and lacking some warmth.

There’s the ability to fine-tune the colour palette to your taste in the settings but, as much as we tinker, we can't get one as natural-looking as the iPhone 7.

Taken in isolation and kept to 75 per cent brightness or below, the screen on the P10 is watchable, but there are enough quirks here to allow the best of the competition to edge ahead.

The P10’s audio performance is not going to bother the best in this field either. The presentation has a decent amount of space, sounding less congested than the all-upfront performance of the OnePlus 3T.

It’s also not very dynamic, struggling to offer much sense of building momentum or making the most of big changes in volume. This is punctuated by a lack of bite in the top end, so punchy music can sound a bit flat.

There is a DTS mode, which boosts volume, pulls everything forward and attempts to add a bit of snap back into the top end.

Unfortunately, the result is a little unrefined and introduces an audible hiss on quieter tracks. It also has a further impact on dynamics, doing away with a lot of subtlety in the softer moments of a song. As such, we’d recommend keeping it off unless the extra volume is essential.

Another thing worth noting is the P10 is described as supporting hi-res music up to 24-bit/192kHz. However, while it played back our hi-res tracks without issue, it had them tagged up as “SQ” alongside our CD-ripped songs.

We’re unclear as to whether they were downsampled. We’ve asked Huawei for clarification, and will update once we get it.

There’s nothing to grumble about in the day-to-day use of the P10, and moving around the menus is fast and responsive.

Running the show is Huawei’s own flagship Kirin 960 processor, an octa-core processor that couples powerful cores with less powerful ones for a fast but efficient performance.

It’s supported by 4GB of RAM, the combination of which ensures our time with it is smooth and without hiccups.

Gamers shouldn’t find themselves bothered by dropped frames. We pushed the P10 pretty hard with the graphic-heavy Asphalt 8 and it performed as slickly as any other flagship we’ve seen so far this year.

The P10 runs on Android 7.0, with Huawei’s Emotion UI 5.1 skin over the top. It feels as heavy-handed as Samsung’s TouchWiz interface from around four years ago, and could do with a bit of a shake-up.

There is bloatware in the form of pre-installed apps from TripAdvisor and Booking.com, as well as a number of Huawei’s own which can’t be uninstalled.

While many of its competitors have started offering Google services as default, Huawei still enforces its own apps for email, messaging, music and videos.

The P10 comes with 64GB onboard storage and a microSD card slot which can boost this by up to 256GB. There’s a 3200mAh battery on board too, with USB-C and fast-charging as standard.

Despite this being a bigger battery than that in the P9, we’d like a little more from it. While standby time is decent, we often find ourselves reaching for the charging cable by early evening after a day of usage.

Another thing that’s lacking here is waterproofing. Apple, Samsung, LG and Sony all offer this on their priciest handsets – if Huawei wants to make a flagship smartphone and position it at a flagship price, this is the kind of thing it needs to consider.

And that’s a lot of what’s wrong with the P10. Previous P-range handsets from Huawei have always challenged the high-end competition, but at a much cheaper price. At £570, the P10 is now priced alongside them.

That’s a hard sell, particularly for an audience looking for good audio and great video, as the P10 is so-so at both.

Its performance elsewhere is great, and the design is lovely, but that overly heavy-handed interface dampens the experience somewhat. We can’t help but want more from the low-light performance from such a promising camera too.

All in all, the P10 is another decent shot at greatness for Huawei, but one that doesn’t match up to its competition at the price.