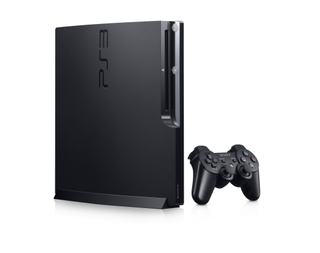 For many buyers, the Sony PlayStation 3 looks like an ideal way to get into Blu-ray, especially now prices have been cut a bit to make it even more attractive. The standard-issue UK version gets a 60GB hard-disk, with a stripped-down 40GB model also available, and onto this you can record audio files from your CDs.

But the crucial feature here is the Blu-ray transport built-in, and an an HDMI output, which supports both 1080p video and uncompressed Linear PCM multichannel audio. There's a lot more to it than gaming...

And provded you have the latest firmware, it'll upscale existing DVDs to 1080p, too - and do so very well indeed. In fact all we need now is the ability to send the new HD audio formats, from Dolby and DTS, down the HDMI to the latest-generation AV receivers. However, rumours abound that such capability is coming soon, along with add-ons designed to make the PS3 the hub of your TV viewing, due next year.

So how do you make the most of all this capability?

Round the back of the console, you'll find an HDMI output, with which you can use any make of cable you like, including established favourites such as those from QED and Chord; if you'd rather use a specialist PS3-branded cable, Monster was the first to hit the shelves, its range including both optical digital and HDMI cables.

And when it comes to picture quality, the PS3 can detect what resolution your TV can accept, and set itself up to deliver the maximum possible. Navigate through to display settings, select '1080p' and run the test screen. If you can see a picture, then you're in Full HD business.

There's a wealth of audio options, offering 5.1, 6.1 and 7.1 ability, as well as access to multichannel PCM (uncompressed) sound. The PS3 was the first Blu-ray player we encountered with an HDMI 1.3 output, in theory giving it the ability to send Dolby Digital Plus and Dolby TrueHD, plus DTS-HD and Master Audio, to a suitable decoder, such as those found in some of the latest receivers.

However, as yet the PS3 only outputs these soundtracks in Linear PCM - up to four streams, each carrying two channels of high-resolution uncompressed audio - via its HDMI output, with internal decoders crunching the HD Dolby and DTS into Linear PCM form.

As already mentioned, it's thought upgrades to allow native HD output from those discs provided with Dolby and DTS HD soundtracks are on the way, maybe in the next rounds of downloadable firmware.

So what happens if your existing receiver can't take HD audio via HDMI? Well, the Sony also includes an optical digital output, which can send out the more conventional surround sound formats we all know and love.