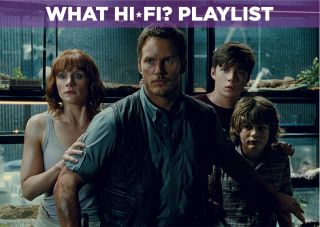 The park is open. It has taken 22 years and two sequels, but we’re finally up and running. What could possibly go wrong this time?

Let’s get something straight: Jurassic Park is untouchable. Its particular blend of creativity and technical prowess had an impact that cannot be recreated.

However, Jurassic World has a bloody (and stompy) good go at it. The freshness is gone, but this sequel does a good job of recycling the best-loved elements of the original. And nobody gym-kicks a raptor in the face.

We return to Isla Nublar and find it a very different place from the one that was evacuated in 1993.

It is clean. It is safe. There are no incidents, just happy customers. Dinosaurs have now been around long enough that people find them quite ordinary, so of course shareholders resort to genetic tinkering. They never learn.

Life, uh, finds a way. Bad things happen. Only there’s no sign of Sam Neill or Jeff Goldblum. Now we have Chris Pratt, likeable and convincing, but not as charming as he was in Guardians Of The Galaxy.

Admittedly, there is a lot less to the role. He gets to know things and do things and generally gets all macho while bickering with Bryce Dallas Howard and looking for a couple of lost children.

Safe to say Jurassic World doesn’t stray far from the winning formula – which is just as well, because the formula calls for two adults and two children to be terrorised with loud, bitey violence.

Our heroes are chased and stalked by the dinosaurs (now with more teeth than ever). It is an exhilarating experience.

That’s especially so when you focus on the technical aspect of it, and this is one area where the Blu-ray of Jurassic World really excels. Remember that bit in Jurassic Park where the T-Rex smashes those 4x4s? There’s lots more of that, and in DTS-HD Master Audio 7.1 too.

Those roars and stomps have plenty of power, not to mention pant-wetting proximity. Jurassic World is a colourful film, and the transfer retains the saturation – just make sure you avoid the 3D, which dulls the picture.

Contrast levels are dynamic, making the most of those essential hiding scenes. It’s clean and detailed too, with little evidence of noise or aliasing.

More of the same, but bigger, with more teeth – Jurassic World is exactly what a sequel should be. Is it a patch on the original? Never. But it’s one hell of a ride.