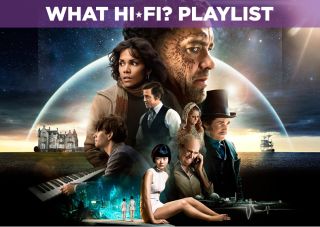 There was a time when books that were supposedly ‘unfilmable’ were generally left alone. In recent years, however, Hollywood seems to treat them as a challenge.

The tales are related to one another in a metaphor for the interconnectivity of mankind – how our actions can transcend time, space, race and gender.

It’s an interesting literary project with a unique structure, which means that it’s an ambitious task and narrative nightmare for the Wachowskis (of The Matrix fame) and Tom Tykwer.

Their approach is to tie the stories together with an emphasis on visual continuity. Stories skip according to what is physically happening, as opposed to waiting for the end of the story or a thematically relevant point.

Unfortunately, the constant narrative jumps make it hard to connect on an emotional level, and seeing an actor skip between genders and races is really quite distracting – not to mention borderline offensive.

Despite its approach to editing (and prosthetics), Cloud Atlas is a fascinating film that mixes several genres to great effect. The multiple timelines and locations grant the film a huge sense of scale.

That sense of connection sometimes comes through, thanks to some subtler touches – like when 1973 investigative journalist Halle Berry hears music written by 1936 composer Ben Whishaw.

Some of the stories are told well enough to work on their own, with the segment in 2144 Korea being one of the most interesting slices of sci-fi since Blade Runner.

As a test disc, this is a lot of fun, with the nature of the story presenting a landscape for sound and vision. It’s a test for any screen, with lush greens and fast action one minute and neon-lit slow motion the next.

The audio side of things is less exciting, but the futuristic vehicles in Neo Seoul provide a good workout with a DTS HD 5.1 soundtrack.

Cloud Atlas is a visionary film. It’s a flawed, often-frustrating vision, but the level of ambition is admirable and there are some impressive ideas. Give it a go, and be prepared for a spectacle that’s like nothing you’ve seen this year.