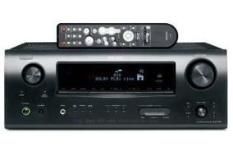 The Denon may no longer be a five-star product, but it remains talented enough to warrant serious consideration

Back in our September issue, Denon's AVR-1909 wrestled with the Onkyo TX-SR606 in a Group Test, and eventually emerged the winner. But, in this month's Supertest, we've seen fit to strip the Denon of a star.

Before you launch a volley of rotten tomatoes in our direction, please let us explain.

The AVR-1909 is still a very capable and good-value receiver. It is sturdily built and there are numerous bells and whistles to admire, including 1080p upscaling, bi-amping of your front speakers (when using a 5.1 surround system) and onboard decoding of high-definition audio codecs (DTS-HD Master Audio included).

It pays to set it up properly
To aid set-up, the Denon uses an Audyssey auto-calibration system that caters for six listening positions. Sitting through the set-up and moving the mic around can be laborious, but it pays in the long run, especially if the whole family like to get involved.

The receiver's on-screen menus aren't the most sophisticated or colourful of the amps on test, but they're functional and do a job. The remote is intuitive and uncluttered: all the major buttons glow in the dark, while buttons used less frequently are banished behind a panel.

Fire up the Denon and skip to the warehouse scene in Indiana Jones and the Kingdom of the Crystal Skull. As the Russians chase after Indy, the AVR-1909 keeps the explosive action under control.

There's a comforting lack of brightness as gunfire rains down on our intrepid hero, with the Denon's rich tonal balance removing the potential for any earache.

In isolation, the AVR-1909 is very easy to listen to and its relaxed character will be the ideal tonic for any sprightly speaker packages. If you own such a package and are a Denon fan, this could be the the amp you are looking for.