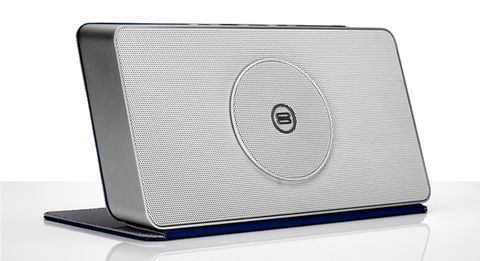 Its smart looks and easy-going sound are appealing, but the X3 lacks the clarity, subtlety and excitement of its rivals

If sound quality was decided on bass performance alone, the Bayan Audio SoundBook X3 would be a lightweight contender.

Rivals such as the Bose SoundLink III pile on the muscle and low-end oomph, but the X3 takes a lighter approach.

It focuses on the midrange and top-end of the frequencies, offering a gentle performance to try to win us over. The upside of this is that there’s no booming bass overwhelming the rest of the frequencies. However, it does mean the X3 isn’t the most solid or punchy-sounding speaker at this price.

For the most part, the Bayan is a pleasant and inoffensive listen despite the imbalance in frequencies. The treble is rounded off, meaning you won’t get any sharp edges when listening to Kate Bush or Birdy’s high, delicate vocals. The leading edges of notes are similarly smooth, and the lean sound helps keep things rhythmically agile. We do wish it sounded clearer, though.

Aerosmith’s Pink is light-footed and breezy, but we’re missing out on the finer details of that bluesy harmonica, and a good deal of punch and attack. Tyler’s voice, while nicely projected and pleasingly detailed, doesn’t carry the inflections, nuances and dynamic wailing we know he’s capable of.

SBTRKT’S Wildfire bassline hardly rumbles and there’s little impact to beats, while Nirvana lack an aggressive punch, even if the X3 does go loud. It plays it a little too safe – everything sounds nice, but a weightier delivery and better sonic balance would make for a more enjoyable listen.

Sound quality may not have wowed us, but the X3 looks smart. The finish (in white or black) is tidy, while the aluminium panels and buttons give it a touch of class. It’s well built, light and compact enough to carry around easily.

The cover-flap cleverly doubles as a stand, and the speaker tilts back naturally for a more direct sound projection. It’s a sturdier, more carefully thought-out design than the pop-out rubber stand that the Loewe Speaker 2go uses to achieve the same effect.

Bluetooth, of the higher-quality aptX variety, is the main method of playing songs. Pairing is swift and fuss-free, while those with NFC-enabled devices can simply tap on the tag inside the cover-flap for a swifter connection.

Alternatively, you can use the 3.5mm input to plug in a non-Bluetooth music player or, if you prefer, a more stable wired connection. The X3 lasts up to 10 hours on a single charge and can also be used as a speakerphone.

The FM tuner is the more interesting feature, though. It’s a great addition for catching up with news, sports etc between your Spotify sessions. Just make sure you have decent reception for the clearest sound quality.

We like the SoundBook X3, but wish it pushed itself a bit more. Its cheaper sibling (the SoundBook, at £150) offered similar characteristics but fared much better when we tested it a year ago. At this price, the X3 faces stronger competition.

With the likes of B&W and B&O entering the ring with more engaging speakers, Bayan Audio needs to up its game. Smart looks might win you over, but the X3 needs to sound more than just ‘pleasant’ to be a class-leader.