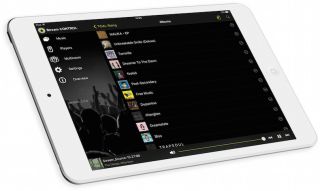 Cabasse has announced that Tidal and Qobuz are now available for use through the Stream Control app. The app has also undergone a range of other improvements, including better display of album artwork and various user interface updates. Cabasse's 'DEAP' DSP settings for the Stream AMP have also been improved.

Other Cabasse models including Minorca, Eole, iO2, Surf, Antigua and Caisson Satorin can also now benefit from the enhanced DSP settings. The settings now come with manual bass and treble controls, and accessing the multi-room function of the app promises to be easier to use.

The updated Stream Control app, including Tidal and Qobuz support, is available to download on Android and iOS now.

See all our Cabasse reviews

Pure has confirmed the launch of its third generation of One family radios, which was first revealed at IFA. The range comes in three sizes: One Mini, One Midi and One Maxi. The new models come with an updated design featuring a larger display, claim to deliver an “over 50% increase in audio output”, while also including a new digital signal processor (DSP) to offer “unrivalled sound for their small footprint”. The Midi and Maxi can also benefit from AA batteries or an optional rechargeable battery pack.

The Pure One Mini is available now for £50, and can be used with the optional rechargeable battery pack ChargePAK B1, which costs £28. The Pure One Midi meanwhile comes with a DAB/DAB+/FM tuner, two alarms, an auxiliary input and a headphone socket. It comes with 16 preset stations and can be used with either AA batteries or the ChargePAK D1 (£35) The One Midi is available now for £65.

Finally, the One Maxi offers stereo speakers and 20 preset stations. It too has a DAB/DAB+/FM tuner and can also be used with the ChargePAK D1 or six AA batteries. It’s available now for £85.

Audio manufacturer Blue has unveiled the Lola headphones. They follow a similar design language to the Mo-Fi headphones, and feature the same 50mm custom-designed drivers. The new model features a higher, slim-fit headphone than the one found on Mo-Fi, but keeps the four-point multi-jointed linkage system. The ear cups are supposedly shaped more like ears than the typical headphones in an effort to provide a tight seal that both improves sound isolation and reduces sound leakage.

The Blue Lola headphones are available now for £200 and come supplied with a carry case and two high-quality audio cables: one 1.5m and one 3m, with in-line controls for Apple devices.

Roberts has revitalised and re-released the Rambler radio from the 1970s. The updated version of the radio comes with the same retro polished wooden cabinet and metal grille as the original model. The new version comes with notably more modern features, from the DAB/DAB+/FM tuners to the 20 presets. There's also a built-in rechargeable battery and an alarm. The Roberts Rambler is available now for £100.