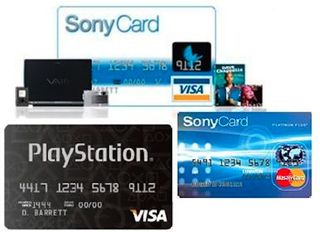 (...Or 'How Japan's consumer electronics companies went from masters of the TV universe to "Holy s—, now what?"')

Just about three months ago I wrote a blog post about the fears being expressed that 'Made in Japan' was proving unsustainably expensive. Some of the biggest names in consumer electronics would, I suggested, have to follow Apple's path, and stop making things.

After all, for all its sales success and massive revenues, Apple doesn't actually manufacture anything very much itself. It invents, it designs, it sues, it injects – but it leaves all the messy stuff of actually making its products to third-party companies.

(As an aside, just how messy that stuff can get has been highlighted by some recent coverage of at least one company making products for Apple – although of course the same manufacturing facilities also produce for Dell, Sony, and many more well-known names).

But back to the plot, and the prospect of Japanese consumer electronics companies facing a 'fabless' future, with production increasingly outsourced, is lurching ever closer with a string of disastrous financial results and forecasts from some of the best-known brands.

Panasonic is set to lose a record Y780bn in the current financial year, Sony Y220bn and Sharp Y290bn – that's a nifty ten billion quid or so of losses just from those three, and they are far from alone.

What's more, there's not much sign of light at the end of the tunnel, for all the brave words about putting in place strategies for turnaround.

Panasonic president Fumio Ohtsubo, surveying a TV division soon to reduce its facilities from five factories to just two, said that 'The biggest reason is we tried to do everything on our own. We need to carefully re-examine the degree to which we make our key devices by ourselves.'

Meanwhile Hitachi's Takashi Miyoshi said that TVs were essential for the brand's visibility, but that it 'will continue the operations only as long as we do not suffer any losses'.

And incoming Sony president Kazuo Hirai, interviewed in The Wall Street Journal last month, said that 'I thought turning around the PlayStation business was going to be the toughest challenge of my career, but I guess not.

TV prices are on the floor both in Japan market and in export markets, and the emerging leaders of the TV industry come not from Japan, but China, Taiwan and South Korea.

Samsung has announced a deal with glass company Corning to boost its ability to make OLED panels, and Taiwanese panel company has signed a deal with Japanese chemical company Idemitsu with a similar aim. If the Japanese consumer electronics companies don't get a shift on, they may find the OLED world leaving them behind.

But there's a bigger problem, with analysts now wondering whether the likes of Panasonic and Sony have backed the wrong horses in the struggle for survival.

Increasingly, and despite protestations from the big names, some are suggesting the Japanese companies should not just be out of the TV business, but also moving on from most of the other areas in which they have had past successes.

Stephen Harner, a highly experienced watcher of Japan's business, says in his Forbes blog that 'A few posts ago I wrote that “winning” in global auto industry competition is a “must” for Japan’s auto makers. But can Japan afford for its legendary electronics companies to lose? Alarmingly, this unthinkable thought is becoming thinkable.

'The real question now is whether such a disaster is inevitable.'

He goes on to suggest that companies need to have a serious rethink about what they are making and selling, and that they should strive to find new products to sell, rather than relying on old successes: 'Conserving cash that is needed to strengthen R&D and launch new products is not to be criticised. It may also be the only option given that investors are beginning to think the unthinkable about Japan’s formerly world-beating electronics industry.'

'Formerly world-beating' – has an air of finality about it, doesn't it? Another analyst, writing in Japan's Nikkei business news and surveying the disarray of the Japanese TV industry, concludes that 'These companies need to come up with technologies and strategies that can return them to a growth track. The key is coming up with innovative products that can replace TVs as a growth engine.'

Going the way of Kodak?

A fellow Nikkei writer says that 'There is no guarantee the bet will pay off. Some may face a similar fate as Eastman Kodak Co., whose attempt to transition from photo film to printers led to its failure. But, given their precarious situation, Japanese electronics companies may have no choice but to take the risk.'

No surprise, then, that Hirai sees the time is right for major change at Sony. As the WSJ article puts it, the company's 'past successes in manufacturing must be replaced by selling the harder-to-quantify "user experience." The world has moved on, [Hirai] said: "We can't just continue to be a great purveyor of hardware products, even though some people expect us to do that."'

And it reports that Hirai's new central product planning initiative started last summer with the establishment of Integrated UX (for user experience), which sits above divisional product planning managers, and decides what the company as whole will make.

In the past, separate divisions made their own products, and at one point it was discovered four divisions were apparently working separately on tablet devices to challenge the iPad. Hirai's view is simple: 'We're going to tell you what you are going to make—not the other way around'.

Whether it will be enough remains to be seen: as one Japanese analyst puts it, '[Sony] has always been good at making small and light products. Perhaps, it may be time for Sony to give up large TVs and focus on ultrasmall imaging device components and the weightless businesses such as music and film.'

In other words, concentrate on creating that 'user experience'.

Some years ago, I sat in a presentation given in Japan by a very senior Sony executive, in which he spoke of the company's dream of a totally connected product strategy.

Consumers would be enjoying Sony music and movie content, bought online over an internet service provided by Sony and paid for using a Sony credit card or 'electronic money' device, and then played back on their Sony TV.

At the time, the infrastructure for all that was just about in place in Japan; now, it seems, there's a real need for it to happen everywhere.

Well, apart from the TV, perhaps...