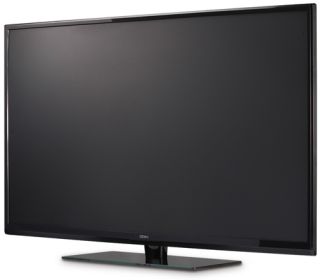 Chinese-manufacturer Seiki has confirmed two 4K TVs will be going on sale in the UK, with 39- and 50-inch models set for release.

Clearly, Seiki isn't about to change its budget-focused strategy, which has seen the company become the third biggest brand by 4K TV unit sales in the US. It currently holds 23.1% of the market, behind Samsung (35.4%) and Sony (34.5%).

Whether a 39in TV is strictly big enough to make the most of the extra detail 4K resolution delivers remains to be seen, but a 50in Ultra HD set for £599 will be seriously tempting for a lot of people who are eager to see what 4K is all about.

The TVs feature 3840 x 2160 resolutions; 120Hz LED panels; digital and analogue tuners; and HDMI, optical and USB connections – the latter of which can play 4K video and MP3 files.

Of course, the issue of 4K material remains a problem; Netflix and YouTube are two of the only content providers currently offering (limited amounts of) 4K content – despite plenty of talk and planning elsewhere.

Seiki also produces soundbars, wireless speakers and a much wider range of TVs, but we'll have to settle for two 4K TVs in the UK for now. Look out for our review of the 50in 4K Seiki TV in the not too distant future.

MORE: 4K Ultra HD TV reviews, news and everything you need to know