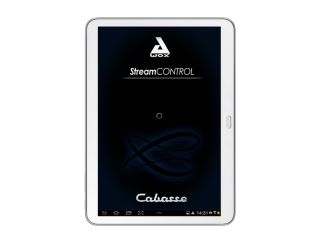 And we start with the announcement that Cabasse – and its new owner AwoX – are upgrading the Stream range of streaming audio products with the addition of some brand-new features.

The new StreamCONTROL app is designed to make it easier and quicker for you to connect to your music across the Stream range. In addition, Spotify has now been added to the system.

Dolby Laboratories has unveiled a new premium cinema offering called Dolby Cinema, which is designed to combine "spectacular image and sound technologies with inspired design" and make your cinema experience a "captivating" one.

The first Dolby Cinema sites are planned for Eindhoven and Barcelona, with both set to feature 4K, high-frame rate 2D and Dolby 3D facilities. Dolby Atmos sound will also be incorporated into the new cinema concept.

East Anglian company Spectral Edge has revealed its Eyeteq image-enhancement technology can now be integrated into consumer set-top boxes – with the aim of improving the TV viewing experience for those with colour blindness.

The technology helps colour-blind viewers to better differentiate between red and green while watching TV, with the content enhanced on a frame-by-frame basis before being transmitted to your TV screen.

iPlayer arrives on the Xbox One

From Dad's Army to Eastenders, Newsnight to Masterchef – if you have an Xbox One on which you like to watch a bit of telly every now and then, you'll be pleased to hear that BBC iPlayer is now available through the console.

The look and feel is the same as other platforms, while ongoing maintenance has been more streamlined and is easier to manage. And features such as the voice and gesture control from Xbox 360 (with Kinect) is also included.

Fret not wire fans - you can still buy bare wire versions, too.