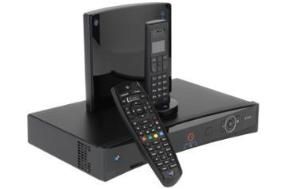 Customers that had paid to receive the newly-added subscription channels vented their fury on various online forums, forcing BT to admit the fault and apologise.

BT said that it would compensate people who had been affected by giving them a month's free Sky Sports, which would normally cost £6.99 or £11.99 a month.

A BT spokesman said: “It was a technical fault with the viewing card, which was quickly resolved and incidentally also affected Top Up TV.

A small number of people had complained – they were not sent new cards as we were able to fix it overnight over the system.

They will get one month's free rental, which will be worth £6.99 or £11.99 depending on their package. We apologise for any inconvenience to customers.”

BT Vision unveiled what it claimed was 'the UK's best-value deal' for Sky Sports 1 and 2, charging just £16.99 a month and undercutting Sky's own prices which start at £18/month for its Sports Pack.

If you've had any problems with the new Sky Sports service on BT Vision, then let us know in the comments section or on our Forums.