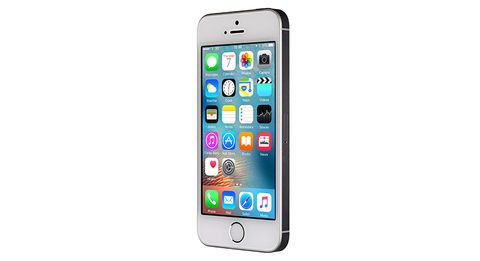 The SE is a good value powerful phone for those who need a small screen, but its pricier sibling does better with audio and video

It’s a sign of the times when a smartphone coming in at over £350 for the basic model is described as cheap. The iPhone SE isn’t cheap, but it is the best value iPhone we’ve ever seen.

It’s actually Apple’s second stab at the more affordable market – the first being the misjudged iPhone 5C in 2013, which was overpriced for those it was aimed at and under featured for those who could afford it.

This time, Apple seems to have the balance just right. Yes, it looks just like a phone first released almost four years ago now, but a well-loved design combined with a spec sheet that could be mistaken for that of the iPhone 6S sounds pretty promising.

From a purely design perspective, the iPhone SE looks and feels nigh on identical to the 5 and 5S, with a few subtle differences. For example, the edges are now matte chamfered rather than the shinier finish on the iPhone 5/5S’s sides, and the Apple logo is now a colour-matched stainless steel cut-out in place of a screen print.

Otherwise, it’s business as usual when it comes to button placement and the like, so any accessories for an iPhone 5/5S should fit the SE too.

The smaller design does feel pretty small to us now, but will please those who aren’t fans of the current trend for ‘bigger is better’ handsets. Small hands will rejoice at being able to reach the home button without some serious finger acrobatics and tight jean pockets will be happier too.

Coming from the larger iPhone 6S, or any bigger phone, texting does feel strange at first, with our fingers crashing into one another as we typed. But soon, we’re back to typing without issue – one handed even – and users upgrading from the iPhone 5 family will feel right at home from the get go.

It keeps the same 326ppi Retina display though, so it’s still really sharp, and we don’t notice huge differences in the detail levels between the two.

Brightness doesn’t go quite as high though, so viewing the screen outside in sunlight can prove a little trickier, and viewing angles aren’t as strong either.

We notice a difference in colour and contrast too. Blacks don’t go as inky deep on the SE and whites aren’t as pure and bright, something that actually shows up more when viewing black text on white webpages than when watching videos, and is particularly noticeable off axis.

Colours lack the same punch as the iPhone 6S, making pictures look a little flat in comparison. It’s not a bad display by any stretch of the imagination – there’s still plenty of detail and colours are wonderfully judged on the whole – but when compared to the screens on the pricier iPhones, it falls behind.

We’re no longer sold on the idea of a 4in screen for watching lots of video either – the larger screen of the 6S or 6S Plus makes for a more immersive experience as long as you’re happy to take on the extra real estate.

Finally, Apple has done away with the 3D Touch of the iPhone 6S, so there’s no ‘peek and pop’ to be had here. However, it’s a premium feature and one that we’re happy to give up for a more pocket-friendly price tag.

One of the biggest things the SE has going for it is that it packs just as much horsepower as the iPhone 6S, with Apple’s 64-bit A9 chip and M9 co-processor on board, alongside 2GB RAM.

To put that into context, that’s a 2x faster CPU and 3x faster GPU performance compared with the iPhone 5S.

This combined with a smaller screen makes for a quick and smooth experience no matter what you’re doing, meaning no hesitation when moving between apps or swiping through menus.

Games play smoothly and webpages load quickly too – most noticeably Safari is able to keep multiple tabs loaded in the background without the need to refresh them, allowing for faster page switching than was possible on the 5S.

The smaller screen lends a hand to eking out the battery life too, offering a decent improvement on the larger 6S. While we usually find ourselves reaching for the charger for the 6S midway through the day, we notice the SE holding on for longer under the same usage.

Apple’s TouchID fingerprint scanner appears on the SE for both security and Apple Pay functionality. Eagle-eyed users will notice it’s a little slower than the one on the 6S, and that’s because it uses the previous generation’s scanner. It’s still reasonably accurate though.

We’ve always praised the audio on iPhones, but the SE has to be one of the first that has left us a little disappointed. It’s still a crisp, precise and well-timed performance, but the 6S overshadows it in just about every other way.

Listen to an orchestral piece, like Vivaldi’s Four Seasons, and dynamically the iPhone 6 leaves the SE for dust. Not only is the 6S able to portray soft and loud better, but its sense of scale and instrument separation is superior too.

There’s also more subtle detail to be had on the iPhone 6S – voices have more insight and there’s more texture and tonal differentiation in the likes of guitar strums and piano notes, which the SE glosses over somewhat.

Unfortunately if you want the audio excellence that iPhone is usually known for, you’re going to have to look higher up the range.

Strangely, Apple has chosen to leave the 5S’s low-res 1.2MP front-facing snapper on the SE instead of upgrading it to the 5MP iSight camera found on the 6S. There’s quite a difference in quality here, especially in low light.

The main camera performs wonderfully though and though still a touch noisy in low light conditions, it produces very natural, detailed and well-judged results.

While 3D Touch isn’t included, Live Photos is, although it takes up a lot of memory space, so only activate it when you need to.

The iPhone SE may seem like the best value iPhone we’ve ever seen, but that doesn’t mean it comes without compromises.

From an audio perspective, it is beaten by its pricier sibling and that 4in screen isn’t going to be for everyone either. But this is aimed at people upgrading from the 5 or 5S, rather than someone stepping down from a 6; someone who finds the price and screen size of the SE appealing.

But if size doesn’t matter and you want the best, the higher end iPhone is still where it’s at. There’s around £180 difference upfront for the 64GB model (we’d give the 16GB a wide berth), and a much smaller difference of maybe a few pounds per month on contract.

We’d go for that option – your movies and music will thank you for it.