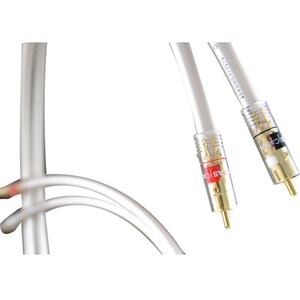 The Equator Integra is available as a:Stereo PairSubwoofer CableAtlas Scotland understands the meaning of uncompromising performance. Is the ubiquitous Atlas Equator Integra asymmetrical the best interconnect on the market? It sure is at its price!The Atlas Equator Mk11 has been awarded the What Hi Fi best stereo interconnect of 2007 and 2008. In Mk1 form it was awarded the same accolade in 2002 and 2003.Following from our research and development programme, the Equator is fitted with our entirely new Integra plug. We were stunned when we first heard the improvement in sound quality we'd achieved with the new Atlas non magnetic plug.The plug benefits from a solder free, cold weld interface between the 99.9999% pure copper co-axial stranded conductors and the plug for both the going and return signals. Being free of solder, another barrier to the free-flow of the signal has been removed.

‹ Back to Atlas products

‹ Back to Atlas Accessories