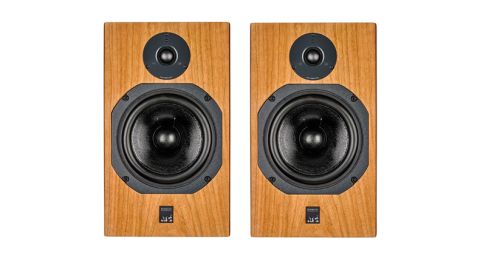 What can you say about a product that’s won more What Hi-Fi? Awards than John McEnroe has Grand Slams?

Since the ATC SCM11s’ first incarnation in 2006, they have gone from strength to strength, but now a new class of rival has arrived in the shape of the five-star ProAc Studio 118s.

So have the ATCs got their work cut out to retain their status as class champs?

The 15cm mid/bass driver has been ripped out and put into a new body, which is curved for more rigidity and less internal resonance. There’s also a new tweeter.

The result? Great success. The new SCM11s make their talented predecessors seem ordinary. Nearly everything we’ve come to love about the originals has received a remarkable boost.

We dive straight in with a direct comparison with the Proac Studio 118s. A quick spin of Wyclef Jean’s Thug Angels reveals that the 118s have the bubblier personality.

They’re more explosive dynamically too, throwing their all into the track’s snappy beats and musical charisma. But the ATCs respond with greater subtlety and resolution, and show their true colours on Rodriguez’s I Wonder.

Just when you think a rival is really getting to the core of a vocal, the ATCs manage to peel away another layer. You can really feel the guttural, aching quality of Rodriguez’s delivery.

The SCM11s capture the subtle echo around each word and the rawness of the production, while remaining faithful to the recording.

The sound is bigger and more spacious than before, and there’s a much higher level of rhythmic precision, helped by increased agility. Dynamics are stronger and further reaching. The sound is remarkably clean, and more transparent than ever.

In keeping with tradition, these SCM11s have a sealed-box design. That means the low frequencies aren’t quite delivered in the generous quantities of some ported rivals.

What you do get is impressive bass texture, tonality and detail. We reckon a slight hit in outright quantity is worth it for the excellent control on hand.

The ATCs may not be as caffeinated as the ProAcs, but still have the pep and pizzazz you’d expect at this price.

In fact, the whole frequency range is superbly controlled. Nothing we did could wrong-foot these speakers, which remain composed no matter how hard we pushed. We go from Atoms for Peace to Massive Attack, via a spot of Eminem: at every turn the ATCs demonstrate an extraordinary level of precision.

That precision extends to the focussed stereo image as we switch to Jupiter from Holst’s The Planets suite. These ATCs make it easy to place the various parts of the orchestra on the wide-open soundstage.

It never gets too analytical, however. As easy as it is to pick out all the separate elements of a track, these speakers manage to knit everything into a cohesive, musical whole.

And the trait we like the most about the original SCM11s – their natural, balanced sound – is here, too. Whatever we feed the speakers, the sound comes out uncoloured and uncorrupted.

That makes them hugely versatile, and an easy listen. It’s as easy to analyse everything about a song as it is to just sit back and enjoy it.

The flaws? It’s hard to think of anything. If we really had to nitpick, we’d point at the speaker grilles. We’re not entirely convinced a grey honeycomb mesh suits a cabinet with cherry wood or black ash veneer.

Then again, the speakers were designed for optimum performance when uncovered. And they do look lovely on their own.

It’s hard not to be totally and utterly enamoured with the ATC SCM11s. For the money, they seem to do everything right – and they look good too.

The ProAcs may beat them in terms of their liveliness, but in a give-and-take scenario as this, we are more tempted by the SCM11’s greater subtlety and transparency.

When it comes to speakers, there are few better ways to spend £1200.

See all our ATC news and products