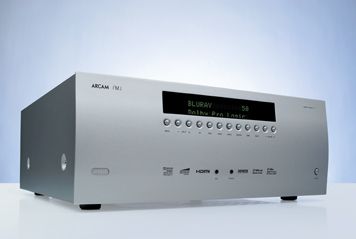 Arcam again comes through for the music-loving home cinema owner

The AVR-400 is the entry-point (for which read ‘most affordable’) of Arcam’s three-strong multichannel receiver range.

While our expectations of a £1800 amplifier are not quite as heady as those we have for a machine costing £3500 (the AVR-600), in some ways this price-point is even more challenging: there’s lots of competition, some of which is truly exceptional.

Strong core specifications
If the AVR-400’s spec is anything to go by, Arcam itself acknowledges as much.

The £2500 AVR-500 is presented as a stripped-down, budget-conscious AVR-600 by shedding DAB and internet radio, and a few inputs and outputs, but the 400 does its level best to compete, including 3D compatibility.

DAB and internet radio are present, as are USB and ethernet streaming. Five HDMI inputs may be a relatively small number but – be honest – it’s more than you need.

The solitary HDMI output includes Audio Return Channel, there’s a pre-amplified output to a second audio zone and mic-assisted auto set-up. And the remote control can learn to control some of your other electronics.

Set-up itself is fairly swift, reasonably painless and passably accurate (once the AVR-400 had been convinced our centre speaker wasn’t sitting six metres further away than the front left/right channels, anyway), and the colourful on-screen menus are Arcam’s best effort to date.

It’s short of the authority some rivals demonstrate when the going gets intense, and there’s a lack of real corporeality to the low-frequency stuff the film regularly deals out.

The Arcam is at its most effective when demonstrating its manoeuvrability and deft lightness of touch.

When it comes to building atmosphere or exposing the subtlest of fine details, the AVR-400’s a match for anything in the same price bracket.

The soundstage it presents is compact – in a good way. There’s a close-knit unity and cohesion to its presentation, and the Arcam’s lightning-fast at distributing effects around the stage.

It’s dynamic too, if ultimately a little lightweight and polite during the biggest set-pieces.

Accomplished in stereo
Where stereo music is concerned, the AVR-400’s about as accomplished as any multichannel device we’ve heard at this money.

That same low-end diffidence hampers Goldfrapp’s Strict Machine a little, but timing is good by prevailing standards and the Arcam demonstrates impressive organisational skills too.

There’s fluency and fluidity to the way it delivers music, and a degree of immediacy that most rivals can’t touch.

Like its stablemates, this Arcam is an enticing all-rounder for those who value stereo performance as much as home cinema thrills. If that sounds like you, the AVR-400 is persuasive in the extreme.