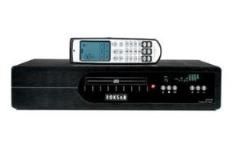 Roksan is well-known for tweaking its products to eek out greater performance and the Kandy K2 is the most recent model to get this treatment.

Roksan claims these changes result in greater detail retrieval, dynamics and timing – and that assessment is spot on. Play Simian Mobile Disco's unashamedly poppy Audacity of Huge, and this latest Kandy demonstrates levels of attack that its predecessor fell short of.

As vocally refined as ever
The dance beat bounces along with infectious voracity, but the refinement that the K2's famed for hasn't been sacrificed, so when you switch to Imogen Heap's First Train Home, the vocals are as smooth, sweet and emotive as they should be.

In addition, you get impressive scale and dynamics. This results in a rousingly grand rendition of Wagner's Ride of the Valkyries, with the tuba and bass drum thumping menacingly, and the peaks and troughs relayed with epic accuracy.

Does all this mean the latest K2 is the perfect all-rounder? To an extent, yes, but the Cyrus CD 6 SE still maintains its star-sized lead, thanks to even greater detail and neutrality.

Still, if the Cyrus is simply too intense for you, the Roksan remains the second-best sub-£1000 player available.