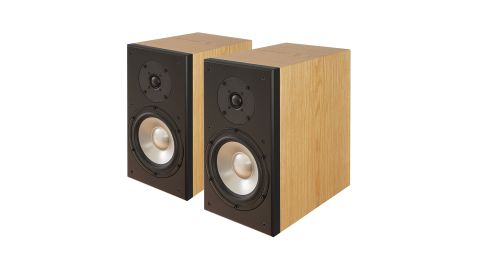 We wanted to like the Ophidian P1 Evolutions, but we leave our date with them tired and really quite confused

There is nothing like a new relationship. That nervous anticipation is something to be savoured, before routine snatches it away and humdrum normality resumes.

It is quite rare that we get to meet an entirely new company here at What Hi-Fi?, so when we do, we want it to be one of those instant connections. So it is with a heavy heart that we report our first dalliance with Ophidian – namely the Ophidian P1 Evolution standmount speakers – doesn’t exactly set our pulses racing.

There’s only so much you can tell from a photo and a few paragraphs, as many of us know to our detriment, but initially, there is every reason to believe the Ophidian P1 Evolutions would be a bit of us. Their price tag stations them in the realms of mid-to-high-end hi-fi, and their spec sheet says a lot of the right things.

Ophidian has clearly focused on issues it believes trouble many, if not most, loudspeakers and has sought to resolve them with either its own smart technology or that borrowed from outside.

One such solution is the AEROFLEX port, a kind of air vent you’ll find at the rear of each P1 Evolution cabinet. It’s about creating a reflex port that is both large enough and well enough integrated – it’s built into the cabinet itself – that it can keep air velocity under control and so not affect response with further distortion.

You can tell the P1 Evolutions have been lovingly crafted when you place them on your stands. They aren’t the most interesting-looking speakers we’ve seen, but they’re smartly finished and built to the kind of standard you’d expect for a couple of grand.

This isn’t entirely where the positivity ends, but we are running quite thin on compliments when it comes to sonic performance.

Ophidian makes a lot of the P1 Evolutions’ clarity and lack of distortion, and that is one area in which these speakers present well.

There is space and an often-impressive level of detail to be heard, which will please those for whom high-end hi-fi is about analysing texture and timbre. Voices in particular can crack and warble with vulnerability, and you can hear the friction as a bow passes strings. If you want to hear the kind of transparency this money can buy, Ophidian proves a fine example.

Balance isn’t particularly skewed, either, but the tonal character isn’t overly consistent as we travel through the frequencies. Our main gripe is a real hardness around the upper midrange: while treble is often quite rich and open, there’s a roughness just below it that reveals itself and begins to fatigue our ears. Despite playing in the P1 Evolutions for around a week, that roughness doesn’t get ironed out.

But what makes these Ophidians a difficult listen is the organisation, which is quite frankly a mess. In terms of timing, they are disorientating in the extreme – enough for it to be a severe issue at a fraction of the price. There is a further issue in the way instruments are layered from back to front – it feels as if we are listening to tracks before they’ve been mixed. Rhythmically we are lost, with no true grasp of which line should be furthest forward in the mix.

It makes it difficult to be entirely sure of the P1 Evolutions’ dynamic range, either. Certainly it isn’t troubling the class leaders, though large-scale shifts are often handled pretty well, but our focus is so thrown by the organisation that expression more or less loses its relevance.

We desperately wanted these to be a great pair of speakers. That’s true of everything we test, of course, but even more so when it’s a brand we’ve not come across before.

Although there are marks of high-end audio within the sonic character, the Ophidian P1 Evolutions end up being a difficult listen. Their muddled and often chaotic dealing of instrumental strands, alongside a dismal rhythmic sense and wearing hardness toward the top of the frequency range makes it impossible for us to recommend them.

Sorry to say, you’re best off continuing your search elsewhere.

Standmounts or floorstanders: which speakers should you buy?