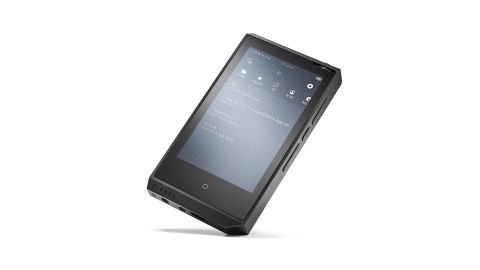 The Cowon Plenue R2 is a decent music player, but listening to music should be a bit more fun than this

South Korean software corporation Cowon was so early to market with a portable MP3 player (2000’s CW100), it got in on the boom in portable digital audio not so much on the ground floor as in the basement.

A year later, Apple delivered its first iPod, and suddenly the whole notion of portable MP3 players became legitimised for the mainstream. Cowon has hung on in there ever since, and for nigh-on 20 years has been turning out digital audio players of lesser or greater quality, with the occasional What Hi-Fi? Award thrown in for good measure.

On the face of it, this new Plenue R2 (or PR2) is more of the same. It’s a determinedly off-line device, and by leaving the current PMP craze for Android interfaces and streaming service apps to its rivals, Cowon is positioning the PR2 as the purist’s choice.

Why bother to take responsibility for music playback away from your smartphone if you’re going to fill your PMP with a load of phone-like functionality and digital noise?

Cowon is betting that £429-worth of carefully specified electronics and 128GB of internal memory sounds appreciably better than an Android-powered alternative. Can it be true?

There’s a lot to be said for how nicely judged the PR2’s size and weight are. At 11cm tall and 14mm thick, it fits comfortably in the hand. But, thanks to its 154g weight and glass, aluminium and contoured plastic construction, it feels like a serious piece of kit.

Build quality is impressive, and the finish is pretty much flawless – although the design is quite square-edged and pointy in places. The Cowon is unremarkable looking, but the tell-tale light in a little cutaway beneath the ‘power on/off’ button at the top of the chassis is a minor flourish.

On the left side of the frame there’s a microSD card slot. The PR2's 128GB of on-board memory can be boosted by as much as 256GB. According to Cowon, that should make it good for well over 100,000 songs. On the right, there are physical controls for volume up/down, play/pause and skip forwards/backwards – they’re as tidily fitted as everything else here.

At the bottom are a couple of headphone outputs: 3.5mm unbalanced (which also doubles as a digital optical output, in case you want to use your Cowon as a source into an external DAC) and a rather more esoteric 2.5mm balanced output. There’s also a USB-C input for charging, data transfer and so on. The PR2’s battery can go from flat to fully charged in less than three hours, and from there should be good for around 18 hours of playback.

Because the Cowon uses a linux-based system for its user interface and music player, there’s no possibility of downloading apps or getting the wider functionality of quite a few Android-based alternatives. In some respects, this is an admirable stance – we’ve heard worse ideas than a focused, do-one-thing-and-do-it-well portable music player.

Battery life Up to 20 hours

In others, though, it leaves the PR2 looking (and feeling) a bit backward. The 3.7in AMOLED touch-screen, for instance, is bright and colourful enough, but its 800 x 400 resolution and, more significantly, its humdrum graphics and fonts, make it seem less sophisticated than many of its rivals.

Menus are cramped and not always the most legible, icons are rudimentary and the whole user experience is just a bit more downmarket than the Cowon’s price might suggest. ‘Purity of purpose’ needn’t necessarily equate to ‘poverty of experience’.

On the inside, though, the PR2 seems less compromised. Twin Cirrus Logic CS43131 DACs are able to cope with any digital audio file (except MQA) up to a 32-bit/384kHz or DSD256 resolution. Headphones are driven by balanced architecture Master Hi-Fi amplification integrated into the DAC chipset, which not only allows the PR2 to function with balanced or unbalanced headphones but should also keep even tricky-to-drive headphones on the menu.

Down in the depth of the Cowon’s settings is the company’s ‘JetEffect 7’ suite of DSP/EQ settings. Cowon has managed to make these DSPs operable via Bluetooth (the PR2 uses an eccentric combination of Bluetooth 3.0 and aptX), which is impressive although not, perhaps, essential.

First things first: Cowon may be pleased with its ‘JetEffect 7’ selection of DSPs, and the ability to make them available when transmitting via Bluetooth is quite a feat.

But not one of the numerous EQ positions (their names get progressively more out-there, from the reasonably sensible ‘Rap’ and ‘Blues’ to the somewhat vague ‘Feel the Wind’ and ‘Reverb Room 2’) is worth a moment of your time.

There is space in the menu to save as many as four user-defined EQs, and you may well hit upon a balance you like, but Cowon’s preloaded EQs without exception play havoc with the PR2’s bass response. As a result, you can safely ignore them.

With ‘JetEffect7’ set harmlessly at ‘Normal’, though, the Cowon has definite areas of audio expertise. Playing a 24-bit/44.1kHz file of Thom Yorke’s I Am A Very Rude Person allows the PR2 to demonstrate its ability to serve up deep, full low-frequency sounds that carry decent levels of detail and texture. Edges into and out of bass notes are pleasantly straight and well defined too.

The Cowon also puts a decent amount of space between the individual elements of that same tune. It doesn’t describe the most generous sound field, but it has no problem locking instruments in place. And they’re never remote from each other, so there’s a coherent sense of timing to the PR2’s delivery.

But switching to a 16-bit/44.1kHz file of Charles Mingus’s less well organised Duet Solo Dancers shows the Cowon in a less flattering light. It’s quite reticent in the way it delivers this music, there’s little of the immediacy and attack, and consequently the energy, that the recording thrives on. The soundstage switches from ‘compact’ to ‘cramped’ and the PR2 isn’t as explicit with the details as is ideal.

It’s similarly inhibited where dynamics are concerned, too. The little harmonic variances the Mingus performance is full of are alluded to rather than described in full, and there’s not as big a dynamic gap between the tune’s moments of reflection and its moment of abandon as there might be.

Something in the Cowon’s overall presentation suggests a desire to play it fractionally safe, to stop well short of giving offence and to round off any unsightly sharp edges. It’s possible, with careful use of the custom EQ settings, to bring a little more brilliance to the top of the frequency range, but that additional sparkle emphasises the PR2’s rather boneless treble response and sets it at odds with the rest of the frequency range.

Ultimately the Plenue R2 comes up short. It’s a nice enough object, but it’s not all that nice to use. It has an eloquent low-frequency response, but its overall sound is unadventurous. None of this is ideal in a product that’s meant to be honed and focused on just one thing.