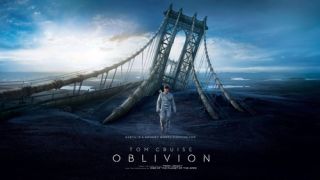 It's a week full of sports and food programmes: the football season returns alongside the ongoing motorsport races, while the glorious Great British Bake Off is back on our screens for a fourth series. Add in a couple of superhero films and some great 90s classics, and you're in for a great week of entertainment.

After 60 years of devastating war with an alien race, the Earth is rendered uninhabitable and survivors forced to live in cloud colonies. When an ex-solder drone repairman (Tom Cruise) stumbles upon a crashed spacecraft and a group of people led by Morgan Freeman still living on Earth, he starts to question everything he's known about the war and about himself. Paying homage to the sci-fi films of the 1970s, the visual effects-laden post-apocalyptic film also stars , Nicolaj Costar-Waldau and Olga Kurylenko.

In the futuristic wasteland of Mega City One, the police act as judge, jury and executioner. Judge Dredd, one of the most feared judges in the city, takes a rookie cop on her first day on the job to raid a violent gang who are dealing a new reality-altering drug. But Dredd may have just met his match in the gang's leader, the cold-blooded Ma-Ma. Starring Karl Urban, Olivia Thirlby and Lena Heady, this comic book adaptation is violently gory and violently colourful, and also rather brilliant.

Cake. The best baking show is back! A baker's dozen of amateurs start off this glorious fourth series with all manners of cakes: their signature sandwich cake, a very technical angel food cake, and all things chocolate for the showstopper. Mary Berry and Paul Hollywood will loom, and taste, and ponder over each cake creation and will send one – or maybe two – packing. The rest will live on to face even trickier baking challenges in hopes of reaching the final and be crowned the baking champion of 2013.

Trust Ricky Gervais to invent lies and lying in a world where people only tell the truth. And then use it to woo Jennifer Garner. Also stars Rob Lowe and Tina Fey.

Jason Statham plays an ex-hitman who's been injected with a lethal drug that will kill him if his heart rate drops under a certain point. Who cares if it's a silly plot that's purely a vehicle for Statham to hit people for 93 minutes? It's fun action, with great stunts.

The Ashes: fifth test, day one.

Joe Calzaghe, Matthew Hoggard, Speech Debelle, and Les Dennis are the last four celeb chefs to face the trials of the MasterChef kitchen. It's a tough one this week: an entire squid lurks in the mystery box, and then they must identify the ingredients of a spiced fig tart tatin with praline and orange and rose water cream – and recreate it without a recipe. And to top it off, the celebs get put into pairs to cook lunch for the Harlequins rugby union team and staff – but things get even more stressful when they're down one man during the mass-catering challenge.

The south east Asian-inspired Spice Market and Canary Wharf's Boisdale are the two restaurants featured in tonight's episode, where the contestants must show if they've got what it takes to work in a bustling real-world kitchen. Two more dishes, and one of them goes home at the end.

Size Matters. If that's one too many MasterChef in the week, switch over to Science Club for something different – and more sciencey. In tonight's episode, Dara and his team will be looking at the miniscule and the enormous to explore the effect that size has on the universe and our lives. We go from battling hospital superbugs and saving premature babies to hunting a mile under South Dakota for a missing universe and visiting the New York Stock Exchange to see how much a milisecond is worth in money. And Mark Miodownik swallows a miniature camera so that we can all have a gander at his internal organs. Oh and in the picture above, Dara is about to drop a cockroach. As you do.

A two-part film portraying one of the most influential and defining figures of the 20th century. American filmmaker Ric Burns interviews Warhol's confidants to explore the life and creative mind of the iconic and controversial pop artist.

It's the last week of the heats, with one lucky contestant going through to the next round. But first they have to create the perfect dish to impress their judges: past winners of Celebrity MasterChef, along with John Torode and Gregg Wallace.

I've only just recently watched this film (I know!), and it's absolutely brilliant. The Incredibles explores what happens when superheroes leave their awesome saving-the-city ways for a quiet, undercover suburban life, and then get called back into action when a new supervillain challenges them. It's witty, insightful, poignant, and action-packed. And the beautiful animation takes inspiration from the 1950's space-age futurism style of architecture. It's easily one of Pixar's best.

Suzi Perry and the BBC F1 team present live coverage of the qualifying race from the iconic Spa-Francorchamps circuit in Spa, Belgium.

Brno, Czech Republic. Marc Marquez is charging ahead with three consecutive wins in Germany, Laguna Seca and Indianapolis, which places him firmly at the top of the riders' championship. Can another win at the Brno Circuit – where he won last year in a Moto2 race – put him in the history books?

One of the best, most exciting and breathtaking race circuits of all time, Spa-Francorchamps is a favourite among drivers and fans. It's a beautifully hilly and twisty track that even has its own microclimates in different sectors. Vettel, Alonso and Hamilton might be fighting for the championship, but our eyes will be on Kimi Raikkonen. The Finn loves this circuit, winning this race four times in his career. Can he make it a fifth?

One of my favourite films of all time. Loosely based on Jane Austen's Emma, Beverly Hills socialite and all-round popular high schooler Cher Horowitz aims to fix everyone's (love) lives with fashion, popularity, and Cliff's Notes. From matchmaking two lonely teachers to giving new girl Tai a makeover, Cher finds out that she's utterly hopeless – and clueless – when it comes to her own love life. Starring the fabulous Alicia Silverstone, Brittany Murphy, Paul Rudd, Donald Faison and Breckin Meyer, it's a perfect Nineties film. (I, like, totally don't know all the words…)

Just the Job. Here's a surprise – just when we thought QI's J season was over and done with, they sneak in another episode. Sandi Toksvig, Jason Manford and Jeremy Clarkson join Alan Davies and Stephen Fry to look at inventions that changed the world we live in, and some that did 'just the job'.

"As far back as I can remember, I always wanted to be a gangster." The Godfather might be epic, but Martin Scorcese's Goodfellas showed what being a wiseguy was really about. Based on real events, Ray Liotta, Robert DeNiro and Joe Pesci play three friends who go from small-time crooks to climbing the ladder of mob hierarchy under the Lucchese crime family in Brooklyn, New York. But their success is short-lived and their lives start to unravel after they have to cover up a murder from the Mafia.