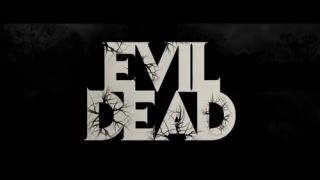 The original cabin in the woods story gets fresh new faces and is full of gory mayhem as Sam Raimi's original 1981 cult hit. It's rare that a horror film remake gets any high praise, but director Fede Alvarez was hand-picked by Raimi, and the film had some cheeky cameos from the original cast, including Bruce Campbell. The disc is full of behind the scenes featurettes that's bound to please any Dead-ite, and includes a cast commentary.

It's day four of the fourth test. Surely it's a foregone conclusion by now… or is it?

Have health-related apps and gadgets helped us become more health-conscious? Horizon explores the popularity of these apps, and how they've created new ways of monitoring our body, our fitness, even our sleep patterns. Dr Kevin Fong meets a rugby team and London's Air Ambulance service to find out how they use monitoring apps, and meets the most monitored man in the world, who managed to self-diagnose his life threatening disease without the help of a doctor.

Already missing Sky Living's Hannibal? Then sit down with a nice Chianti and enjoy the film version of Red Dragon, where Dr Lecter and Will Graham first met on the silver screen. In this prequel to The Silence of the Lambs, Edward Norton plays the gifted FBI profiler who needs Dr Lecter's help in hunting down the serial killer called The Tooth Fairy. But can Graham really trust Dr Lecter, or is he planning revenge on the man who put him behind bars? Also stars Ralph Fiennes, Emily Watson, Philip Seymour Hoffman, and Anthony Hopkins.

Another quartet of celebrities take to the MasterChef kitchen, discovering a whole saddle of goat in the Mystery Box Test. Shappi Khorsandi, Shane Lynch, Brian Capron, and Miranda Krestovnikoff then attempt to recreate John Torode's tomato tart with herbs in the Palate Test, before flexing their teamwork skills to cater lunch to over 100 students at Goldsmiths College.

The Squab and The Quail. Hornblower himself, Ioan Gruffudd, guest stars as a billionaire inventor and philantropist who survives a public poisoning. But since he's richer and (allegedly) handsomer than Castle, Castle gets into a jealous and insecure spin when Beckett is hired as the money-man's personal bodyguard.

Who Do You Think You Are? BBC One HD, 9pm

Actress Lesley Sharp was adopted when she was just five weeks old. After finding out her biological father has died, she tracks down her half siblings and traces her paternal line to find out more about her ancestors.

It's elimination day – they're chucking them out pretty quick, aren't they? – and the four celeb chefs are shipped off to real world restaurants. Shane Lynch and Brian Capron head to seafood specialist Angler, while Shappi Khorsandi and Miranda Krestovnikoff are in the heart of Piccadilly Circus, serving customers at the opulent Criterion. After a hectic day they have enough time to create their own dishes and convince Gregg and John that they should stay in the competition. But one will have to go…

Future Fantastic. What's going to happen in the next five, ten, or even 50 years? Dara and his professors explore the advances made in humanoid robots and brain imaging to see what the future might hold for us. They also meet the team of engineers who plan to mine the moon, and play around with very low-temperature experiments to see if cryonics – freezing yourself after death to preserve your body – is possible. And if we'd be able to use it to time-travel into the future. Boldly go…

It's the biggest superhero blockbuster of all time. When god of mischief Loki is hell bent on taking over the world, SHIELD calls up Captain America, Iron Man, Black Widow, Hawkeye, The Hulk, and Thor to help save us all. But can the superheroes stop their bickering and tone down their egos long enough to work together and stop New York from getting destroyed?

John McClane takes on cyber terrorism in the fourth installment of the Die Hard franchise. OK, it's no Die Hard. Or Die Hard 2: Die Harder. But it's better than the fifth one – that has to count for something, right? And Timothy Olyphaunt makes a decent baddie.

Harry Potter and the Order of the Phoenix ITV HD, 7pm

Unpopular opinion time: the fifth book in JK Rowling's series is my favourite. With the Order of the Phoenix reforming to fight against a resurfaced Voldemort, it's awesome finding out about the back stories of all the adults in the book. Shame the film doesn't spend too much time in the past, but you do get some fantastic fights in the Ministry of Magic as war breaks out. Back at Hogwarts, evil takes on a new form in Dolores Umbridge.

Indianapolis. The summer break's over, and the second half of the 2013 championship season is underway in the great racing city of Indianapolis. Rookie Marc Marquez is at the top of the leaderboard, but fellow Spaniards Dani Pedrosa and Jorge Lorenzo will be aching to grab some crucial championship points and close the gap. And with Valentino Rossi and Brit Cal Crutchlow separated by just one point, this is one race you don't want to miss.

Exit Theo Paphitis and Hilary Devey. There are two new dragons in the entrepreneurial den. Kelly Hoppen is a South African-born British interior designer whose signature colours are taupe and beige, and Piers Linney, who was once on Channel 4's The Secret Millionaire, is the co-CEO of a cloud computing business Will the new blood spice up the 11-series-old format?

When is it not a good time to rewatch The Lord of the Rings? Peter Jackson brings JRR Tolkien's epic fantasy trilogy to life with these stunning films. In the first part we get a history lesson on Middle Earth, The One Ring and the evil that is Sauron, before embarking on a journey to meet elves, dwarves and future kings of men. With wizard Gandalf the Grey at the helm, the fellowship is born to defeat Sauron from taking over Middle Earth once more, and to destroy the ring of power for once and all.