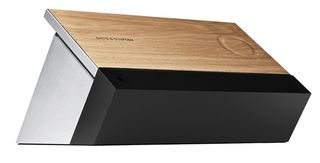 The live UK broadcast rights to 168 Premier League football matches between 2016 and 2019 have been sold, with Sky picking up five of the seven packages on offer – a total of 126 fixtures.

BT Sport has acquired the remaining two packages, with the sales process netting the Premier League a whopping £5.136bn. The sale of the overseas broadcast rights is yet to be concluded.

If you're struggling for ideas on how to treat the special person in your life this Valentine's Day, it might be that Google has the answer – if you have a Chromecast streaming dongle, at least.

Android Central has revealed that Google is offering Chromecast owners $6 of free credit to rent a movie from the Google Play store – and suggests the offer is available to UK owners for a fiver. We'd suggest free Google credit might not cut it as your main gift, but it will at least pay for a romantic movie to watch on the night...

... and Cambridge Audio's too

If you want something a little more, let's say, permanent, for a Valentine's Day gift, Cambridge Audio has revealed details of its special offer.

The company's Award-winning Go portable Bluetooth speaker has been reduced by £20 to just £100 until 21st February at a number of retailers, while the G2 is now available for £80.

You might not have heard of Corning but you'll probably be familiar with its products if you own an Apple iPhone or Samsung Galaxy smartphone – and the answer is in the display.

The company makes Gorilla Glass, which covers the front of such devices. But now, according to cnet, it has produced a new material that takes scratch-resistance to a whole new, tougher level...

Finally, sad news - Joseph Grado, the founder of headphone manufacturer Grado Laboratories, has passed away at the age of 90.

Mr Grado started the business during the 1950s in his Brooklyn home and is leaving behind an impressive legacy, with the manufacturer serving up a string of five-star and Award-winning headphones.

MORE: Read all our Grado reviews and news