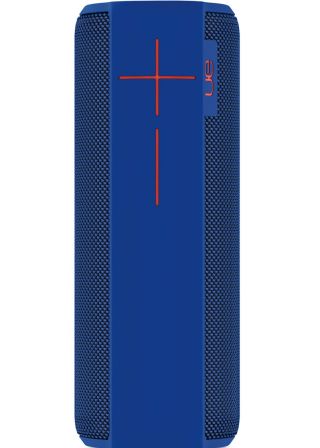 Sound is delivered through two 2in drivers and two 2in passive radiators in a 360-degree fashion, much like the smaller Boom. It also features an IPX7 waterproof and stain-resistant casing.

Ultimate Ears says the Megaboom's rechargeable battery can last up to 20 hours and that the speaker has a 100ft Bluetooth wireless range. Not only that, but two Megabooms can be wirelessly connected for stereo sound or one Megaboom can connect to a Boom speaker for a similar effect.

"People want their music wherever they go, and to be part of everything they do,” said Rory Dooley, general manager of Ultimate Ears. “That’s why we designed UE Megaboom to be strong enough to withstand your life and your adventures, and allow you to share the magic of music wherever you go.”

The Megaboom also benefits from a compatible Android and iOS app that allows users to adjust sound settings, set alarms and turn it on or off. Ultimate Ears' Megaboom will be available in select countries in Europe, as well as Asia and the US this month [January] at an expected price of US$300 - near enough £200.