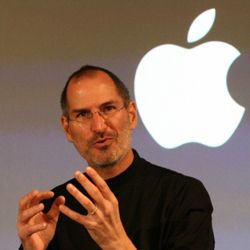 The 56-year-old founder of Apple underwent a liver transplant following pancreatic cancer, and has been on medical leave for an undisclosed condition since January 17th.

In his resignation letter to the Apple board, Job says: "I have always said if there ever came a day when I could no longer meet my duties and expectations as Apple's chief executive, I would be the first to let you know.

"Unfortunately, that day has come. I hereby resign as chief executive of Apple.

"I believe Apple's brightest and most innovative days are ahead of it. And I look forward to watching and contributing to its success in a new role."

Analysts say the move was not unexpected, and will have little impact on the day-to-day running of the company.

As we reported yesterday, the iPhone 5 is expected to be unveiled in October, alongside a cheaper version of the iPhone 4 for emerging markets.

What do you think? Join the discussion on our Forums.