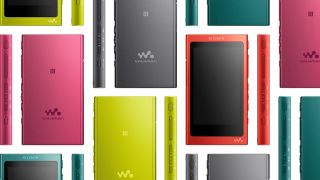 Sony unveiled a slew of products at CES 2017, one of which is a brand new NW-A35 Walkman that supports all manner of high-resolution audio formats, including DSD.

Battery life is impressive: you get up to 45 hours when listening to MP3 files, or up to 30 hours if you're listening to full-fat hi-res tracks.

It comes with 16GB storage on board, but those with large music libraries will be happy to hear that you can expand that memory thanks to a microSD card slot.

Sony's proprietary S-Master HX digital amplifier powers the NW-A35, which also features a 3.1in touchscreen and side buttons for controls. There's also Bluetooth with NFC (Near Field Communication) so you can easily connect to wireless headphones.

There's a slight variant of this model, the NW-A35HN, which is identical to the A35 in every way, but comes bundled with a special pair of noise-cancelling, in-ear headphones.

There's no mention of pricing just yet, but we'll be sure to let you know once we get more information.

The new NW-A35 Walkmans will be available in Europe from February 2017.