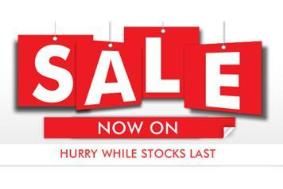 Here are some of the bargains we've spotted so far:

And hundreds of 'Greatest Hits' CDs if you're looking for classic tunes to rip...

We're busy going through the list and will update this story during the day. In the meantime, please let us know in the comments box below if you've found any more great deals - on Play or elsewhere!