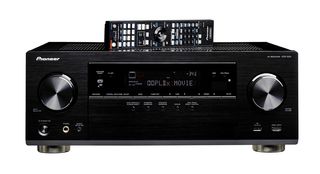 Onkyo and Pioneer announced they were planning to join forces in the AV world back in June, with a Hong Kong-based fund, Baring Private Equity, also involved in discussions.

However, Barings has since pulled out of the deal and instead Pioneer has today confirmed that it will in fact sell its entire AV division to Onkyo. The deal aims to make both brands more competitive by "improving production and logistics efficiency".

A statement from Pioneer says: "The three parties [Pioneer, Onkyo and Baring Private Equity] ceased discussions as they decided that the home AV business needs to be considered from a long-term perspective as the business must be developed strategically and flexibly to quickly respond to the continuously changing business environment."

It was decided that it would be "more efficient" for Pioneer and Onkyo to discuss a deal directly without a third-party financial sponsor.

The AV business, known as Pioneer Home Electronics Corporation, generates some 10 per cent of the Pioneer group's overall sales.

PHE includes Pioneer's home cinema amplifiers, Blu-ray players and other AV products, but not its DJ or in-car audio products.

Pioneer plans to focus on its in-car audio business, reports The Japan Times, while potentially looking for a buyer for its DJ business.

The two companies aim to finalise the details of the deal by the end of October in order to complete the integration by March next year.