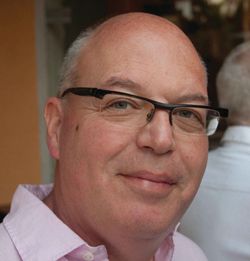 James Johnson-Flint, founder of Audio Partnership, says: "It's impossible to find words that can do justice to this situation and, as you can imagine, we're all devastated. Paul was one of our longest-serving colleagues, having been part of the Audio Partnership family since 1999.

"He was also an industry veteran and I, like many of you, have known him for even longer. It was an enormous privilege to have Paul on the AP team for so many years and to have enjoyed his friendship and professionalism. He was a truly amazing person."

Prior to joining Audio Partnership, Paul had senior roles at Audio Innovations and Audio Note. He was 57 and married with two teenage children.

Paul requested that only his family should attend his funeral, but it will be followed later by a memorial event celebrating his life to which friends and colleagues will be invited.

Paul wanted to be remembered in a memorable way, so a charity to which people can donate will be chosen in due course.