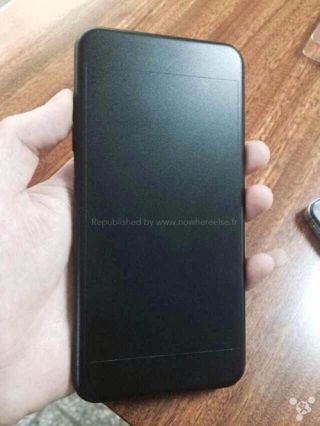 Leaked images purporting to be the new Apple iPhone 6 have appeared on French website Nowhereelse.fr

The images show what appears to be a completely new design for the iPhone, with Apple succumbing to the demand for a larger screen and increasing the size from 4in, as on the iPhone 5S, to approximately 4.7in, in line with a previous prediction by Peter Misek.

Previous rumours also suggested that Apple were going to give the iPhone 6 a curved screen, however these images would rule that out.

What is apparent though is the iPhone 6 could feature curved edges and an incredibly thin profile – estimated to be 6.1mm from these pictures.

The images also show that the power button has moved from the top of the device, to the side, adding to rumours of a larger screen.

With the iPhone 6 likely to be released this Autumn, there will no doubt be plenty more leaks and speculation yet, as Apple aims to keep ahead of the Android pack, already bolstered this year by the likes of the HTC One M8, Samsung Galaxy S5 and Sony Xperia Z2.