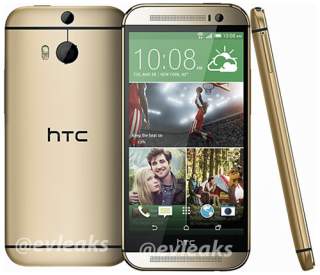 HTC has put a link on its website of a countdown to a live stream of the All New HTC One (M8 ) launch.

The Taiwanese manufacturer's new flagship smartphone is set to be unveiled on 25th March, but an actual release date is as yet unclear.

Tech accessory website Spigen already has cases and screen protectors for the new HTC One, which are due to be released mid-April. This could suggest the phone will be released at a similar time.

However, UK phone retailer Carphone Warehouse stated they would be selling the phone just minutes after the March launch in six of its UK stores.

The company said in an email: "In a retail first, Carphone Warehouse has revealed that the new HTC One (M8 ) handset will be available from selected stores from around 4pm on Tuesday 25th March – just minutes after it is officially announced."

Customers wishing to buy the phone on launch day will be able to phone their order through to a store. Those who miss out will be able to get it at other Carphone Warehouse stores "shortly afterwards".

A front facing 5MP camera is also thought to feature as part of the new handset, along with 16/32GB of built-in storage, and a microSD card slot.

With less than a week to wait until the official unveiling and possible release date, HTC could well get the jump on both the Samsung Galaxy S5 and Sony Xperia Z2 in being the first flagship smartphone to be released in 2014.