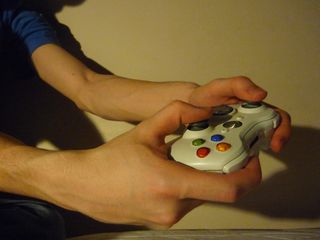 The sample group was drawn from a "nationally representative study of UK households" and involved equal numbers of males and females, with each participant asked how much time they typically spent playing on a games console.

In addition, the study involved questions on life satisfaction; levels of hyperactivity and inattention; empathy; and relationship with friends. It is thought to be the first research to examine the positive and negative impact of gaming.

It was found that three in four young people in the UK play video games every day, with those playing for less than an hour linked with the "highest levels of sociability and were most likely to be satisfied with their lives".

Meanwhile, those who spent more than half their free time each day gaming were "not as well adjusted". Moderate levels of gaming led to "no positive or negative effects", according to the research.

The results of the study have been published in the journal Pediatrics, but researchers said the influence of video games on young people – positive or negative – was very small compared with some "more enduring factors" such as family and school life.

MORE: Read all our games console reviews and news