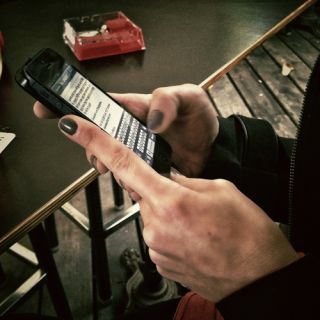 If you're heading to the continent on your holidays this summer, you'll now be able to take advantage of a significant drop in mobile data roaming tariffs ushered in by the European Commission.

The price caps for data downloads have been reduced by more than half compared with last year as the 45 cents per megabyte rate becomes just 20 cent per megabyte in the European Union.

What this means is that it'll now cost you less to stream music or video on your portable device when you're on holiday. That's handy if you want to keep up to date with the World Cup, for example.

The cost of making and receiving calls has also come down by at least a fifth, while the price of a text message to tell your friends and family how good a time you're having is reduced by a quarter.

Not only have rates been reduced, but European mobile carriers can now offer a specific deal for your trip and – where possible – let you select which local network you want to join for data services.

It's part of the European Commission's commitment to remove roaming charges altogether, while also offering a "guaranteed open and neutral internet" as outlined earlier this year.

The withdrawal of roaming charges is expected to take effect from December 15th next year, but we're sure that the reduction in prices for this summer will prove a welcome short-term bonus.