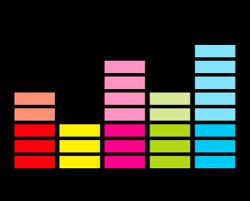 Deezer has announced a free version of its music streaming service alongside plans to expand into a further 76 countries in a renewed effort to tackle Spotify's streaming supremacy.

Coming hot of the heels of securing $130 million funding from Warner Music Group owners Access Industries, the expansion will see the streaming service available in both free and premium services in a total of 160 countries.

Also new is a tie-in with Songkick, an app which keeps fans up to date with gigs of their favourite artists in local areas.

Deezer CEO Axel Dauchez said that it was “time to liberate the music, and rebuild the value of the music industry”.

Part of that attempt in attracting a bigger audience will be Deezer’s free version of its service that will be seen as a “recruitment channel” to convert users into paid subscribers. The service will vary from country to country depending on market conditions.

One market that Deezer will not be entering any time soon is the US where Spotify has seen its global user base double to 4 million one year after entering.

Dauchez left the door open for an expansion saying that it could enter the US “one day, but not now. The market is not ready.”

Rival Spotify has been stretching its own wings of late, with Samsung becoming the first manufacturer to offer Spotify on TV, Blu-ray players and other internet-enabled AV devices.

Listen to our 2012 Spotify playlist