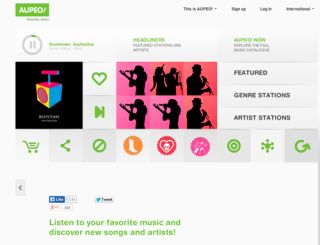 Aupeo has announced details of a new partnership it says will lead to the first streaming platform capable of streaming music in DTS-HD surround sound.

Elliot Scheiner, the Grammy Award-winning producer and engineer, is collaborating with Aupeo and DTS to create the best possible service.

Aupeo is already a leading streaming platform, but says adding multichannel audio will further enhance what it offers to automotive customers.

Using a high performance adaptive bit-rate profile of the DTS-HD format, the company believes it can deliver a cinematic surround sound experience.

David Taylor, CTO and managing director of Aupeo, said the new service – which was demonstrated at CES – is expected to launch later this year.