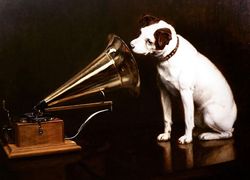 The new HMV app, which became the first music app to allow direct downloads to Apple devices without iTunes, has been removed from the App Store by Apple.

The app has been temporarily removed from the iOS App Store after Apple deemed it to be "violating App Store guidelines". HMV has been told to rethink and redesign the app before it can go live once more.

The HMV app, which aims to relaunch the brand in the digital era, still remains live on the Google Play store.

The app appeared to have got off to a relatively successful start, going by a series of tweets from HMV and Hilco chairmain, Paul McGowan.

He posted the developments on Twitter, "After the first 5000 downloads of the #hmvapp overnight we get the first rumblings of discontent from Cupertino".

Apple demanded that HMV remove the app from the store by 6pm on Monday 21st October, but McGowan saw this deadline as being "unrealistic".

The app allows users to download music direct to their device, and includes a number of intuitive features including integration with Soundhound, and the ability to find an album by scanning a picture of the cover.

Apple's guidelines state "Apps using IAP (In-App Purchases) to purchase physical goods or goods and services used outside of the application will be rejected".

It therefore seems strange that Apple approved the app in the first place. McGowan made his feelings known in another tweet, "It is disappointing that Apple has chosen to suspend an app that has proven to be very successful in only a few short days, despite Apple having already approved the exact same version on 15th September"

HMV's teams are currently working towards a solution to the issue and hope the redesigned app can be back on the App Store in the not to distant future.