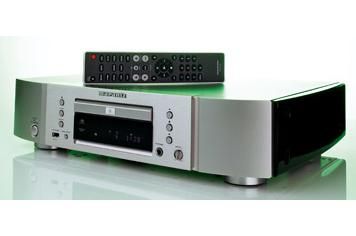 The Marantz would come up trumps among ordinary competition, but there’s nothing ordinary about its rivals

Ken Ishiwata knows a thing or two about hi-fi. He's the key designer, developer and brand ambassador for Marantz, and signs off on all new products – if he doesn't like it, it doesn't get made.

To celebrate 30 years of working together, the company released the KI Pearl amp and SACD player, which Ishiwata himself then demoed around the world.

He discovered during these demos that a huge number of people loved the kit, but with a strictly limited production run and asking price of £2500 per component, few of them stood any chance of ever owning them. This, he says, is what inspired him to create the PM-KI Pearl Lite amplifier and the SA-KI Pearl Lite CD player.

Warmth and character abound
The SA-KI Pearl Lite does contain some of the components from the original Pearl CD player (the DAC, for example), but it's more about a shared musical treatment and sonic character.

This approach is largely based on faithfully reproducing the original recording, but with a touch of added warmth to the mid and mid-high frequencies. Broadly speaking, it works very well indeed.

Play Norah Jones' Come Away With Me and it does a wonderful job with the lilting vocals, reproducing them in warm, flowing and downright sexy style. The languid double bass is deep and full-bodied, and the cymbal and electric guitar are well-defined but rounded and smooth.

Each instrument is also given space to breathe in the wide soundstage, and the whole delivery floats from the speakers – just as a Norah Jones track should.

Likes to relax to jazz and classical
These are qualities that make the Marantz equally suited to the smooth, jazzy music you hear all over hi-fi shows, as well as the more relaxing classical recordings like Bach's Air on a G String.

However, play something more modern and attacking, and the Pearl Lite begins to struggle.

Eminem's W.T.P. is all spit and swagger, full of hundred-rounds-a-second rapping underpinned by heavy, deep bass drums and electronic high hat, but the Marantz struggles to properly define those all-important leading edges, robbing Marshall Mathers of his trademark aggression.

Switch to the analogue soundtrack from The Road, and it's also clear that it can't dig up the kind of detail the Audiolab, Cyrus and, to a lesser extent, the Roksan find and reproduce.

iPods and SACDs? No problem
Still, the Marantz does trump the competition on the connections front by offering not only coaxial, optical and USB inputs on the back, but also a USB socket on the front that's designed to take digital signals from an iPod or iPhone.

The SACD functionality will also please those who've stuck with the hi-res discs.

That's not enough to secure it the full five stars, though. It's not that the Marantz isn't a good CD player – on the contrary, it's a great one – but the level of competition at this price is extraordinary, and the SA-KI Pearl Lite is just outclassed for sonic quality.