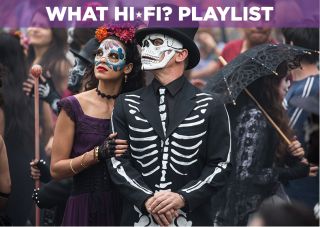 Take the most loved, most crucial elements from the last 53 years of James Bond, and put them on a list. Now tick them off, one after another. This was most likely the approach taken with Spectre, the single most complete 007 experience ever.

Who is your favourite Bond? It doesn’t matter, because they’re all here. The title is apt, because the Ghost of Bonds Past is ever present. Daniel Craig’s trademark grit is softened with Roger Moore’s swagger and George Lazenby’s sensibility. There’s Sean Connery’s confident physicality too. It goes nicely with an ivory tuxedo.

Craig’s fourth outing as Bond is his most rounded. It is demonstrably a product of lessons learned from Casino Royale (too basic), Quantum of Solace (too chaotic) and Skyfall (too nostalgic). The gun barrel being returned to the start of the film is a clear statement of intent.

Bond gets right into it this time, with few opportunities to mope. His hunt for a super-secret organisation takes him to some unusual places – think snowy mountaintops, impractical complexes and secret lairs. It certainly beats driving to Scotland and waiting for the bad guy to show up.

Speaking of which, there are more characters and they have more to do. Christoph Waltz is the big boss in a Mandarin collar, occupying a nice spot between Mads Mikkelsen’s sadism and Javier Bardem’s moustache twirling. Then there’s giganto-henchman Mr. Hinx (Dave Bautista), easily more intimidating and less bitey than Richard Kiel’s Jaws.

‘M’ and ‘Q’ both get time in the field, albeit at the expense of Moneypenny, now firmly stuck with secretarial duties.

In fact, the women are under-written in general. Newcomer Léa Seydoux gets a couple of meaty scenes, but never reaches the level of sophistication enjoyed by Eva Green in Casino Royale.

At least there is no time to dwell on that. Not when the opening sequence leads to a stomach-churning aerial fight that will have you choking on your popcorn. Not when Bond is chased through Rome in his gorgeous Aston Martin DB10. Not when a brutal, crunchy fight breaks out on a sleeper train, straight out of From Russia With Love.

It's all beautifully thrown together too. You'd expect sky-high production values from a Bond film these days, and Spectre doesn't disappoint.

This is one classy looking picture. Cinematographer Hoyte van Hoytema doesn't go for the wide colour palette that Roger Deakins threw at Skyfall. Instead, he loves to play with shadows and contrast, which goes nicely with the mysterious vibe that director Sam Mendes cultivates.

Is there a catch? Alright, it’s a little bloated. Digging into Bond’s past – an unnecessary move instigated by Skyfall – still feels a little contrived. Then there’s the hilarious attempt at weaving together the messy threads of the Craig-era films, as if they were part of one big plan all along.

Finally, Sam Smith’s whiny soliloquy masquerading as a Bond theme is entirely inappropriate, even when mixed with John Barry strings and cut to the lush graphics of the opening title sequence.

These flaws are not insignificant, but really, you'll be having too much fun to mind. Spectre gets far more right than it gets wrong. So it's not perfect, but this is close enough. James Bond has not been this entertaining in many years. Best Bond ever? That's a real possibility.