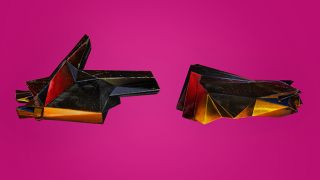 Hip-hop has come a long way since the DJ Kool Herc in the Bronx in the 1970s. From an underground movement combining music, culture and art, created by inner city African Americans and Latinos, has grown one of the most popular music genres in the world.

Built around MCs, DJs, scratching records and sampling beats, a foundation which remains key in hip-hop music to this day, the genre now encompass an increasingly broad range of styles and sounds, all influenced in some degree by the original pioneers.

From the crisp drums of West Coast 90s rap to the deep bass of Southern hip-hop, from the lo-fi sound to more experimental beats, we've compiled a selection of the best hip-hop albums for enjoying everything this genre has to offer, and putting your sound system through its paces.

As with our features on our favourite bass test tracks, electronic and dance tracks, pop songs and more, we've aimed to pick a varied selection. Some may not tick the traditional boxes when it comes to hi-fi sound and high production levels, but they will nevertheless offer tests of timing, dynamics, vocals and bass. And, most crucially, some great music.

Dr. Dre wasn’t just the doctor they told you to go see, “when your album sales wasn't doing too good”, but also the go-to man when it came to crisp, punchy drums, solid bass and timeless hooks built around piano and strings.

You can spin the wheel when it comes to picking out excellent Dr. Dre productions but we’ll go for the genre-defining 2001, which rubber-stamped Andre Young’s return to the top table of rap at the turn of the century.

This should be, and probably is, on pretty much every list of great hip-hop albums. On their second album, A Tribe Called Quest quickly perfected a stripped-back, jazzy sound that would influence artists for years to come, as highlighted today by the hundreds of hugely popular “lo-fi beats” Spotify playlists.

Don’t be fooled by the laid-back style; the production, word play and quality levels are unrivalled. A great test of timing, your system’s handling of deep bass notes and its delivery of realistic instruments.

How many records have been encoded into synthetic DNA? We’re pretty sure just this one. In line with Massive Attack’s penchant for pushing boundaries, the 20th Anniversary of this downtempo classic was converted into 920,000 DNA strands, which were then stored in 5000 microscopic glass spheres. But the music is pretty good, too.

A classic example of mid-90s hip-hop with feelgood hooks and chunky beats courtesy of rap production pioneers, Lord Finesse and Buckwild (amongst others).

Under-rated upon its release, it has slowly gained in popularity following Big L’s death and due to plenty of subsequent name-checks from artists he influenced. Clear voices are placed perfectly in the mix alongside jazzy licks and thick, powerful drums.

Loyle Carner, hailing from Croydon, UK, marries introspective lyrics with soulful beats to fine effect. There’s space in the recording, a mix of sung and spoken vocals, and plenty of live instrumentation. It's a great test of clarity and detail. Ain’t Nothing Changed is our favourite. And the follow-up album, Not Waving, but Drowning, is every bit as good, too.

Ice-T really did put the gangster in gangster rap (Gangsta Rap was the name of his last studio album, in fact), and having become the second artist to carry the ‘explicit content’ label with 1987’s Rhyme Pays, he continued to deliver raps with no holds barred.

Despite the explicit content, which nowadays is par for the course, there’s plenty of depth and creativity to the lyrics and beats. The production is jazzier than a lot of gangster rap and there’s some clever use of samples, including stand-out Midnight, which samples Led Zeppelin and Black Sabbath. The album also sees the debut of Ice-T’s heavy rock band, Body Count, who are still shredding to this day.

Described by the Guardian’s Dorian Lynskey as, "hip-hop's Sign o' the Times or The White Album: a career-defining masterpiece of breathtaking ambition", this double album delivers a joyously vast variety of sounds and styles.

Group members Big Boi and Andre 3000 take an LP each, delivering funk-driven, Southern hip-hop that takes an experimental, psychedelic swerve once Andre 3000 takes the helm. The album runs the gamut when it comes to working as a test disc, with the band’s love of deep, playful bass lines proving a stern test of your subs.

View Speakerboxxx/The Love Below by Outkast on Amazon

If you want the turn-of-the-century English hip-hop take on jazzy riffs, solid breaks and clever wordplay, then Jehst is unrivalled. An elusive figure, who releases new music all too sporadically, his debut album is an underground classic and cleanly produced into the bargain. Simple production of analogue sounds pays dividends, and a good pair of speakers will deliver a natural, laid-back sonic template.

View Return of the Drifter by Jehst on Amazon

Jay-Z’s fifth studio album is one of his more under-rated but we’ve plumped for it here because of its star-studded production lineup. Not for the first time, Mr Carter was ahead of the game, working with relative newcomers Just Blaze, Kanye West and The Neptunes, all of whom would quickly ascend to superstar status in hip-hop studio circles (and beyond).

The range of producers and guest vocalists ensures an album of varied styles, but expect tight drums that will test timing and layers of samples for your system to organise. And with, I Just Wanna Love U (Give It 2 Me), you have the blueprint for the chart-friendly hip-hop sound that would dominate the mainstream in the '00s.

View The Dynasty: Roc La Familia by Jay-Z on Amazon

There’s a misconception that good test tracks have to sound a certain way; clean, clear, spacious, dynamic. In reality, what’s most important is that you know the track, and can therefore judge how well your system is delivering it.

RTJ4 is at times a sonic assault, not least the album opener, and will certainly sound more uncomfortable than it should on a bright or disorganised system. But the tough drums, powerful vocals and scattergun rhythms should come together in a glorious cacophony... provided your system is on its game.

View RTJ4 by Run The Jewels on Amazon

If, when you think of hip-hop, you think of DJs scratching vinyl and cutting-up vocal samples, then Endtroducing… is that thought realised in album form.

DJ Shadow drew on early hip-hop sounds, structures and techniques, added his own varied and vast record collection, and used a Technics SL-1200 turntable and Akai sampler (and not much else) to deliver an album that inspired a generation of artists to get creative with samples. An after hours classic.

It’s all too easy to forget the genius of Kanye West’s music productions, now that his mind often seems, well, elsewhere. His early albums were sublime works of sample manipulation, digging deep to deliver catchy hooks and crunchy drums.

This, his fourth studio album, was a marked departure from the traditional hip-hop of those albums, and saw him exploring more abstract electronic sounds and becoming a little too keen on Auto-Tune. Despite the idiosyncrasies, tracks such as Love Lockdown are undeniably great test tracks, thanks to low, aggressive bass notes, staccato drums and overblown distorted vocals.

Kendrick Lamar draws on an all-star cast (Dr. Dre, Flying Lotus, Thundercat, Pharell Williams) to deliver a 360-degree tour of music through the ages, wrapped up and delivered in a 21st century hip-hop package.

You might be too focused on the lyrical dexterity to notice a sound that effortlessly combines 90s West Coast rap, 70s funk, neo-soul and experimental electronica, and will give your system a thorough workout in the process.

View To Pimp A Butterfly by Kendrick Lamar on Amazon

The final opus from Tupac in his lifetime (there have been far more posthumous releases), All Eyez On Me includes some West Coast classics and less filler than you might imagine for a 27-track double album.

Viewing All Eyez On Me by 2pac on Amazon

Clean, this isn’t (in every sense), but the deliberately dusty, grimy sound soon became synonymous with one of hip-hop’s most influential groups, and helped make chief producer, RZA, the go-to beat-maker for 90s underground hip-hop.

Kick-starting the careers of Method Man, Raekwon, Ol’ Dirty Bastard and the rest, with huge hits and platinum albums aplenty to follow, the group arguably never sounded as exciting and vital as on this debut album. A test of any system’s ability to communicate clearly and deliver excitement and energy.

Despite being The Root’s fourth album, it’s widely seen as the group’s breakthrough release, cementing their sound and bringing commercial success.

You Got Me, featuring Erykah Badu, is a standout track with it’s simple bass, drums and guitar hook taken to another level by Badu’s smooth vocals. The double-tempo drum breaks at the end of the track will also check your system can keep pace. Elsewhere expect low-slung, funky beats and insightful lyrics.

View Things Fall Apart by The Roots on Amazon

We had to include Run Come Save Me, if only for Witness (1 Hope), which is one of the catchiest, squelchiest subwoofer-workouts you’ll ever enjoy. Not to say we wouldn’t have included an album by this father of UK hip-hop, but we just might have had to spend a little longer thinking about which one. This, his second album, delivered his trademark tales of South London life, with the lyrics and tunes reflecting the cultural and musical melting pot of his surroundings.

View Run Come Save Me by Roots Manuva on Amazon

Leading the present generation of English rappers is Streatham's finest, Santan Dave. Rising through the ranks of UK grime, Dave marries thought-provoking lyrics with a varied production style, working with his production partner, 169, and drawing on his childhood spent composing tracks on the piano.

Lesley, the tale of an abusive relationship, is an 11-minute epic, with Dave's voice full of tension and drama. If you're not enthralled by every bar, your system may be lacking a little insight and drama.

View Psychodrama by Dave on Amazon