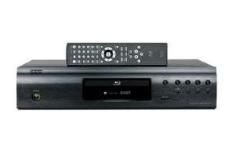 The DBP-2010 produces a watchable picture and demonstrates real skill, but some rivals offer a better blend of price and performance

Denon's DBP-2010 makes its debut at a difficult time. Not only does its release coincide with the launch of Sony's extraordinary BDP-S760, but also the much-hyped Oppo BDP-831 is out in the same month.

To make matters worse, both these players are cheaper. So how does the Denon handle the pressure?

Things start off well with an impressive list of specifications: the DBP-2010 is Profile 2.0-enabled, with an Ethernet socket on the back and an SD card slot that blends into the front display.

Disc-compatibility is impressive, and includes AVCHD and DivX file formats among others. Bitstreaming and onboard decoding of HD audio formats are catered for, with a set of eight analogue outputs on the back. There's also Anchor Bay scaling to aid DVD performance.

It produces a very inviting image. Colours are presented in a warm, rich manner: detail levels and edge definition are good, although it's bettered by some rivals for clarity and insight. Same with DVDs: it upscales admirably, but rivals produce a marginally cleaner picture.

Muscular sonic style
The Denon opts for a meaty, full-bodied approach to sound, with plenty of weight and drive. This also makes its musical performance vigorously exciting, if not the most subtle.

It is, all in all, a confident and capable machine. Note, however, that the competition is equally capable, and some rivals offer better value.