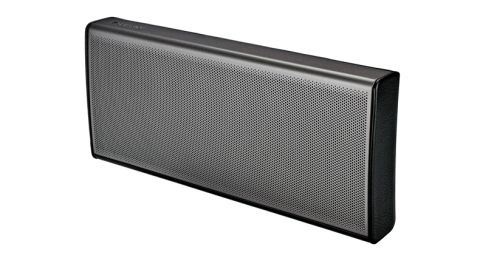 The Cambridge Audio G5 is good; alone we have few complaints, it’s only against its competitors it loses a bit of ground

The Go, best sub-£150 speaker at last year's What Hi-Fi? Awards, is an entry-level yardstick, so we were eager to test the G5.

The G5’s design isn't dissimilar to the Go; it’s larger, as you'd expect with the price jump, but still a thin, laid-back oblong.

On its scalp are buttons for power, volume, changing input and answering calls; on its lower back are ports for auxiliary input, USB charging (the G5 has a claimed 14-hour battery life at full volume), line out and A/B switch for pairing speakers to play your music simultaneously.

It's the unfussy, gimmick-free class we've come to expect from Cambridge Audio.

Being in an amorous mood, we begin with Father John Misty's I Love You, Honeybear. The G5 takes no issue, happily expressing the whimsical sway of acoustic guitar, piano, string section and drum kit with reasonable detail.

The vocals are clear, despite being awash with reverb and doubled lines, showcasing the content of Joshua Tillman's blunt witticisms.

That we find our way to the album’s third song, True Affection, before changing tack shows how easy it is to listen to this speaker. The G5 receives our strong recommendation on that count.

We move on to Sigur Rós's Sæglópur, and again it is a clean listen. Our interest is certainly held, though we aren't altogether moved.

The breadth of the soundscape is satisfactory – we certainly aren’t expecting this to sound like a live performance, and it isn’t exactly small sounding – but it’s also not quite as extensive as rival such as the Audio Pro Addon T3.

The build-up, continual through the first five minutes, is expressed clearly, as is the song’s slow death, but it isn’t as dynamically intricate as the Audio Pro or the JBL Xtreme.

To test its frequency range, we try the G5 with Beck's Go It Alone – a song anchored by the bass guitar. Where this speaker is comfortable, it is sure-footed, but almost everything else it omits.

We’ve heard too many products that try to squeeze in too much low end at the expense of balance, dynamics and detail, so we’re glad that Cambridge Audio has toed this side of the line.

That’s not to say there isn’t sufficient weight in kick drums and the like. Just be aware that this isn’t going to shake you off your deckchair.

We like the G5. Though perhaps not such a standout performer as the Go in its price bracket, we’d happily take one home in the knowledge we’ll get a balanced, detailed and focused sound.

For a sub-£250, battery-powered wireless speaker, we can hardly say fairer than that.

See all our Cambridge audio reviews