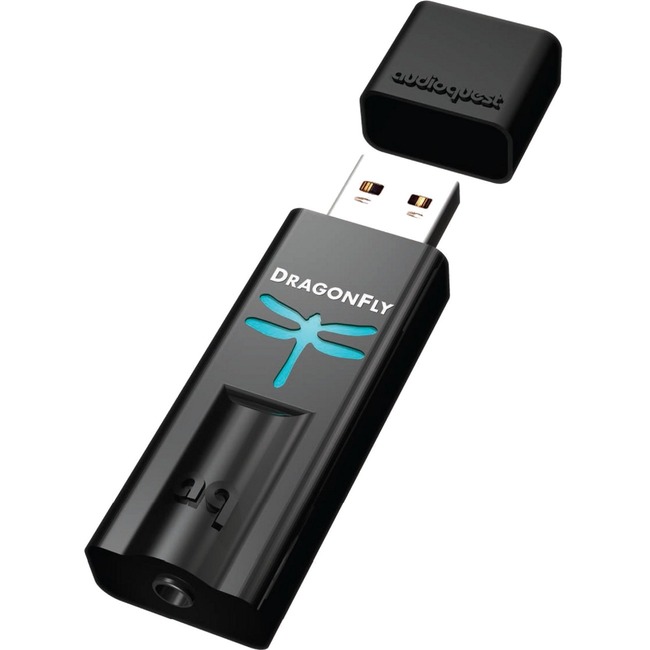 Finally, a Real DragonFly Killer!DragonFly v1.0 invented the USB-stick DAC form factor, wowed music lovers around the world, radically challenged perceptions of what a DAC could be, and tore the roof off all performance expectations for a DAC that costs just a couple hundred bucks.Music lovers, however, weren't the only folks who noticed what our little critter was up to as it buzzed around the continents; many companies jumped in, each touting its own product as a "DragonFly killer."Well, now there is a DragonFly killer, and it's from AudioQuest and its name is ... DragonFly. It's the same discreet little critter as before, but now it's DragonFly v1.2.Among the improvements, the circuitry between the DAC chip and the analog output stage has been refined to create a more direct signal path, leading to even greater transparency and immediacy. Also, the DAC's power supply has been fortified, which gives the sound more "grip," and even greater dynamic contrast.

‹ Back to AudioQuest products

‹ Back to AudioQuest Hi-Fi