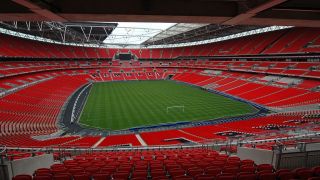 Manchester United face Chelsea in the FA Cup semi-final at Wembley Stadium today. Want to watch the Premier League big guns battle it an all-important trophy to show for the season? The game is free to watch on TV and online. Find out how to watch a Manchester United vs Chelsea live stream below.

The BBC has the exclusive rights to show the FA Cup semi-final in the UK and will stream the game live and for free on the BBC iPlayer online. UK license fee payers outside the country at the time of the game will need a VPN to access the free live stream, as BBC iPlayer is not available outside the UK.

Manchester United booked their place in the FA Cup semi-final with a victory over Norwich, while Chelsea prevailed over Leicester. When the two teams met in the FA Cup final two years ago, Chelsea were victorious 1-0 thanks to an Eden Hazard penalty.

This season, Ole Gunnar Solskjaer's team have beaten Chelsea 4-0 in the Premier League, knocked their opponents out of the Carabao Cup and won 2-0 at Stamford Bridge in February's league clash.

However, Solskjaer believes Chelsea have the upper hand, having had an extra 48 hours to rest and prepare for the big game. And with Man United currently just one point behind Chelsea in the league, it's shaping up to be a cracking tussle.

The BBC has the rights to show Manchester United vs Chelsea in the UK and the good news is that it's showing the game for free on TV and the BBC iPlayer online platform. If you're a UK citizen and out of the country, don't forget to use a VPN to access BBC iPlayer.

Football fans can also watch the FA Cup semi-final live on BBC One from 5.30pm on Sunday (kick off at 6pm).

Watch Manchester United vs Chelsea from abroad using a VPN

UK citizens away from home or stuck abroad will need a VPN to access BBC iPlayer from outside the UK. The service will know your location based on your IP address, and will automatically block your access – even if you’re a UK national.

Watch Manchester United vs Chelsea in the USA

ESPN and ESPN+ have the rights to show Manchester United vs Chelsea in the US, as well as the FA Cup final and a host of English Football League games. All matches will be available in English and Spanish.

You can sign up to ESPN+, the channel's online streaming service. It costs from $4.99 per month.

UK viewer? You can watch the FA Cup semi-finals and final entirely free on the BBC, and the BBC iPlayer streaming service. Outside the UK at the time of the game? No problem, you can use a VPN, such as ExpressVPN, to access the free BBC iPlayer live stream from anywhere on the world.