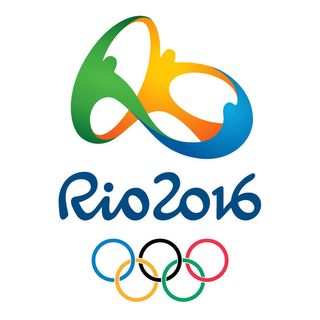 Team GB's Olympic performance is pretty astonishing. They are currently ranking second in the medal table with 22 gold, 21 silver, and 13 bronze medals - beaten in the rankings only by the United States. With only two days left before the Closing Ceremony, now is your chance to get your fill of the final sporting events.

Whether on TV, on your smartphone or tablet, or on a computer, the BBC is once again the place to watch the Olympics. With so much content available, you'll be able to keep up with all the action at home, at work or on-the-go.

Here's how to get your Olympic fix...

How to watch the Olympics on TV

The BBC says it will show more than 3000 hours worth of coverage across the 17-day period, 550 of which will be on BBC 1 and BBC 4. It will broadcast from 1pm until 3am, with coverage switching to BBC 2 during news updates.

Because of the four-hour time difference between the UK and Brazil, BBC Breakfast will act as a full catch-up show. As the majority of gold medal events will be broadcast in the early hours of each day, BBC 2 will show the previous night’s events in full every morning.

Unfortunately, the BBC won't be broadcasting any sports coverage in 4K Ultra HD, and there's no mention of 3D coverage either. That's not to say you can't get yourself a new 4K TV and make full use of its upscaling abilities though. Head to our best TV deals page to bag yourself a bargain.

How to watch Olympics online and on mobile

The Beeb will also show more than 2500 hours of content across 24 live Olympic channels on the BBC Sport website and the BBC Red Button.

The Red Button will also host up to eight live streams a day, so one way or another, you should be able to watch your favourite sport.

BBC iPlayer will also play its part in the coverage, with a daily highlights video reel of the biggest stories of each day.

To make sure you don’t miss out on the latest news from the sports you’re most interested in, the BBC Sport app and website will have a personalised ‘My Sport’ section where you can catch the highlights, set event reminders and share favourite moments across social media.

The BBC has also recently announced a BBC Sport 360 virtual reality app for Android, iOS and Samsung Gear VR virtual reality headsets. The app will broadcast one event per day of the Games, including the opening and closing ceremonies, and will let you choose between four different camera angles to immerse yourself in the action.

And let's not forget Radio 5 Live, which will have its own coverage of the Games from 12 noon every day, offering listeners live action and the latest news.