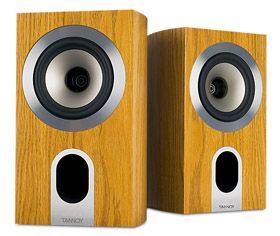 Appealing and engaging, the DC4s are a front-running compact design

There’s nothing in the way these Tannoys look or feel to suggest that they can't stand up against speakers costing twice as much; far from it.

And, given that they’re no more expensive now than when we first tested them back in 2008, they’re actually more of a bargain than ever.

Given their size and (relative) affordability, the DC4s get an awful lot right.

Even a testing recording like Duke Ellington’s Blues For New Orleans enjoys prodigious detail levels, considerable speed, tangible body and has an unquestionably grown-up, wide-screen quality that’s a match for any rivals.

Attack and determination
Robust and confident, the DC4s describe a consistent, expansive soundstage, and attack with determination.

They’re one of the more position-sensitive designs we've come across, being happier close to a rear wall than out in free space – isolate them too much and the low frequencies, never the most substantial, can waste away.

But pander to them just a little and they’re among the more compelling propositions on test, regardless of price.