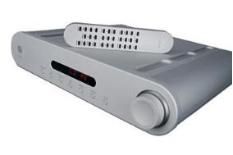 The Ai500 is a strong blend of power, poise and features: it’s well worth seeking out

The brand has suffered from disrupted distribution over the years and so isn't as well known as it might be – a shame given the quality of the DA100 Signature DAC we've previously reviewed and the impressive form shown by the Ai500 integrated amplifier on test here.

The Ai500 is a hefty beast. It weighs in at 16kg and takes up quite a lot of rack space – it's almost as deep as it is wide.

Take a look inside and you'll find none of that space is wasted. A generously sized toroidal mains transformer takes pride of place, flanked by the left and right power amplifier sections and their partnering heat sinks.

The Ai500's internal layout concentrates on minimising signal paths, which is always a good thing as far as sound quality is concerned. Short signal paths reduce signal corruption and minimise the amount of noise picked up by the circuitry.

The amplifier's build quality is very impressive. Stello may not be part of the high-end establishment, but the build standards at which it operates are as good as those of any product from the better-known companies.

In-built DAC makes the grade
The Ai500's headline feature is its on-board DAC and its ability to connect to and control an Apple iPod/iPhone from the supplied handset.

Testing the DAC section first, we connected an Apple Macbook through the USB input, which worked well.

The result was a big, bold sound that will surprise many considering the source. As usual, the quality of the original music file is important – with equipment of this quality, the nearer to an uncompressed file the better.

We have no major issue with the audio, which remains acceptable if not up to the quality reached by the laptop in terms of clarity or dynamics.

However, we're surprised the Stello doesn't take a digital signal from the iPod and do the number-crunching internally. Surely this would result in an even better performance?

No shortage of muscle
Ease of use with the Apple portables isn't ideal. The iPod/iPhone's screen stops working when connected, leaving the amplifier as the interface.

Disappointingly, the amp's display isn't up to the job of showing all the relevant information, which makes finding the right piece of music tricky and frustrating.

There's no such issue with CD, and regardless of source, the Ai500 sounds impressive.

There's no shortage of muscle: the Stello generates 150 Watts per channel into an 8ohm load and doubles that as impedance halves.

That ability to double power is rare, and confirms the Ai500 as a powerhouse capable of driving most price-compatible speakers to high volume levels.

We certainly didn't have any difficulty rattling the furniture with the likes of Epos's Encore 50s or our reference (and relatively insensitive) ATC SCM50s.

Such muscle usually results in generously scaled sound, and so it does here.

The Stello sounds big and expansive, giving every impression of having plenty in reserve even when playing something dynamically demanding like The Watchmen soundtrack from Tyler Bates at high volume.

On a practical level, the amplifier runs fairly warm when pushed hard, so make sure it has plenty of ventilation around it, and never put it into a closed equipment rack.

This shortcoming softens impact, affecting the ability of hard-charging music from the likes of Mr Hudson to get our feet tapping. It's fair to say crisper timing wouldn't go amiss either.

Surprisingly delicate touch
Move up the frequency range and there's an agile yet subtle midrange.

It's rare to find a powerhouse amplifier that can do justice to the voice of Ella Fitzgerald, but take a listen to her Gold compilation and the Stello manages just that. A refined, insightful way with treble completes the picture.

The Ai500 may not better rivals from Cyrus, Naim or Leema when it comes to sheer sonic talent, but it remains an attractive proposition.

Its class-leading grunt counts for a great deal, especially when combined with finesse and impressive on-board DAC.

Stello isn't a big name in the UK, but if it continues to make products like the Ai500, it's only a matter of time before word gets out.